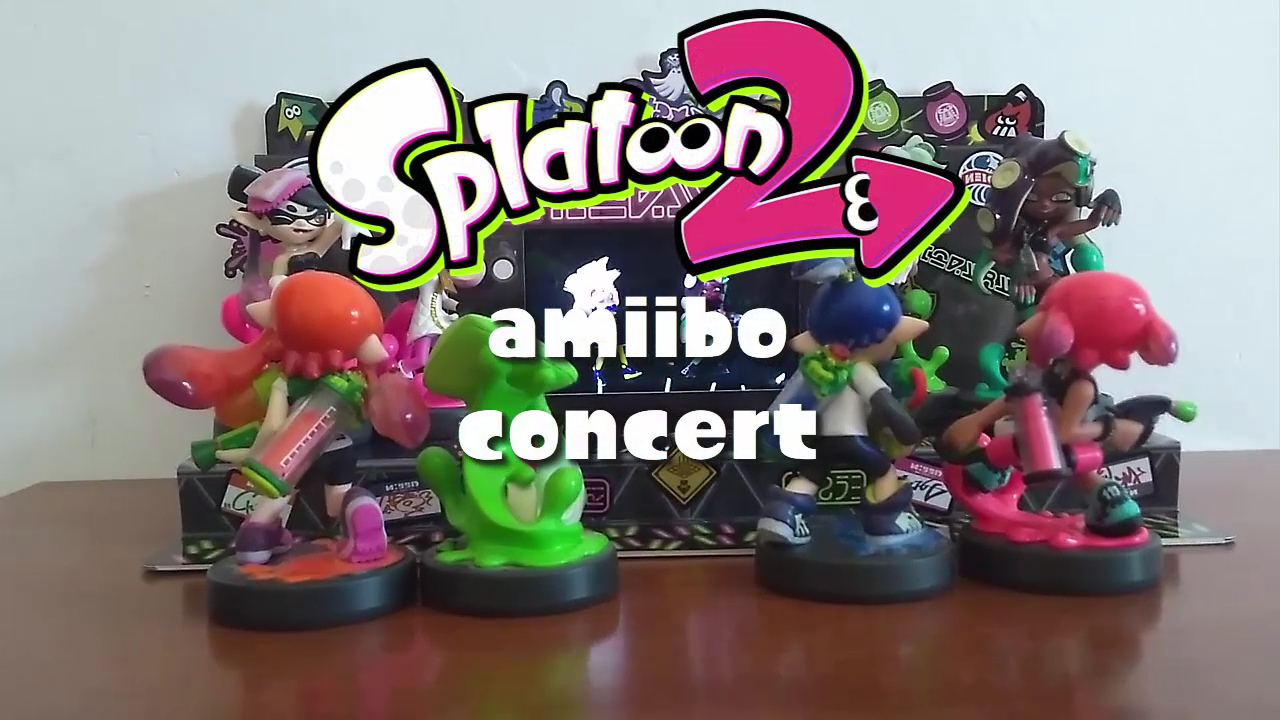 After acquiring the Pearl and Marina Splatoon 2 amiibo when they first released, I was left thinking how best to display them. I had the Callie & Marie amiibo from before, along with some other Splatoon amiibo and then it occurred to me. I shall make a Splatoon 2 amiibo Concert display.

Well making a display is easily done if you are an artistically creative person. I however am not but fortunately there is a Splatoon diorama on the market that meets my requirements. I had to order it via Japan though and finally after about 10 days of waiting, my Splatoon Concert diorama had arrived.

After spending 5-10 minutes together my concert stage was mounted and it was time to bring the stars to the stage and assemble the front row audience. Another handy feature is you can actually install a smart device, tablet or even a 3DS into the background of the stage and play a ‘Live’ video. There are a number of cutaways you can use to slide your smartphone into or over your 3DS console

Of course, you can’t have a concert without music so I did put together a video of my little Splatoon 2 amiibo Concert. If you would like to see it, you can check it out below.