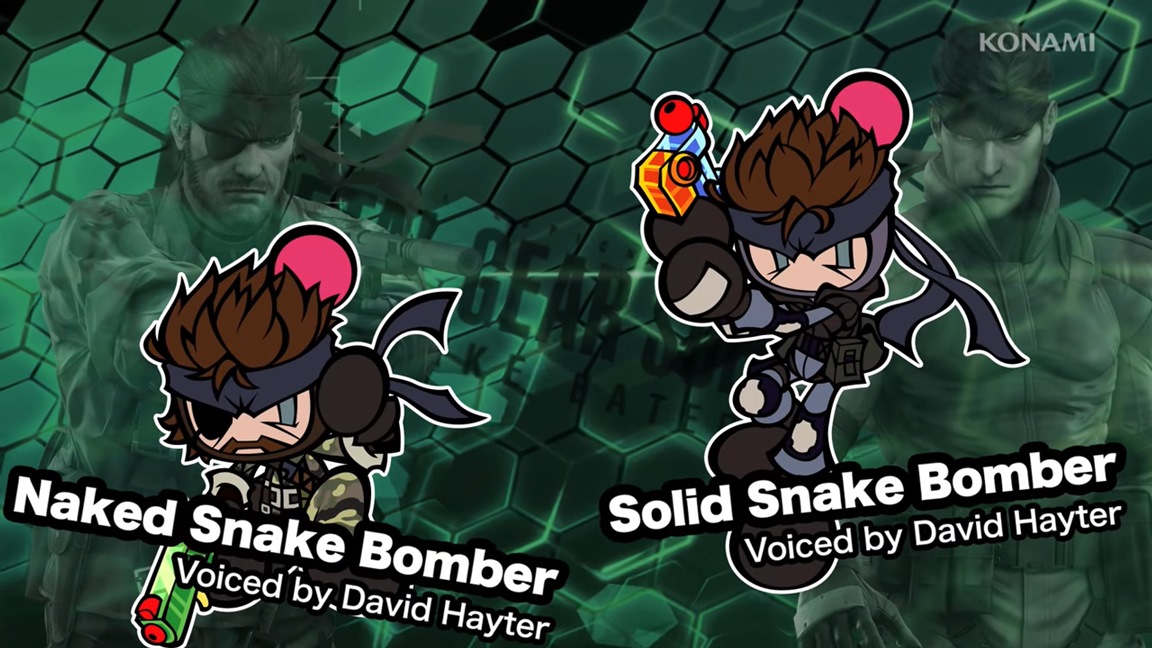 Good things come to those who wait and god damn it, this new update for Super Bomberman R, is the absolute bomb!

10 new Bomber characters have been added to the game and 1 is Solid Snake, whilst the other is Naked Snake. Raiden has also been thrown into the mix but the Snake Bombers, are voiced by David Hayter, aka the voice of Snake! The full details on what the new update entails (more than just new characters,) can be seen below: