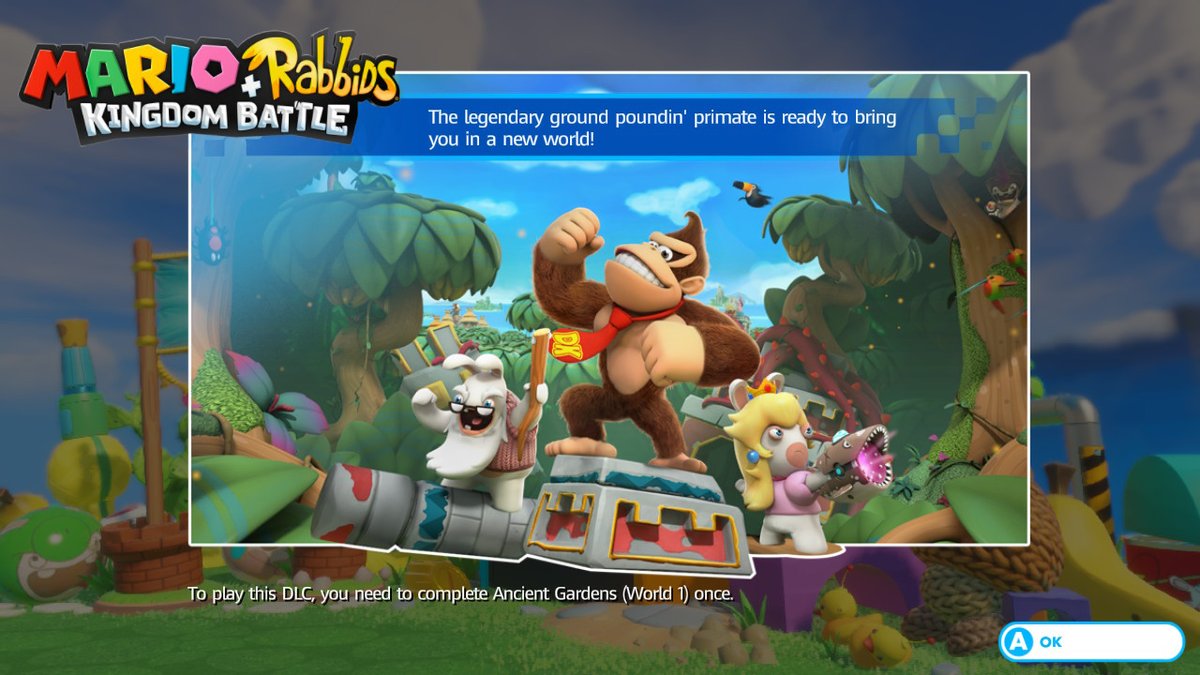 The Ape has arrived!

Although Donkey Kong Adventure was said to be out on June 26, for the players who brought the Season Pass for Mario + Rabbids Kingdom Battle, there is an update out right now for the Nintendo Switch (Version 1.7.561410) and it comes with the Donkey Kong Adventure! If you the game physically like we do, when the update is finished, update data and downloadable content will take up a total of 1.9GB on your Switch, so if you need space, now is the time to start deleting some of your old screenshots.

To access the mode, players are required to have beaten Ancient Gardens from World 1, once. We will be providing a review of Donkey Kong Adventure in the days to come, but the first time minutes of the game, have greatly impressed and we can’t wait to see what the rest of it, has to offer us. In the meantime, here are a couple of videos of what you can expect from the first 10 minutes as we don’t want to do too many spoilers just yet:

10 minutes in and we already love the soundtrack. #NintendoSwitch pic.twitter.com/Z8zaiuFm40

You need only to view this scene to know if #DonkeyKongAdenture is an experience you need in your life. #NintendoSwitch pic.twitter.com/j9EMYJlPCe