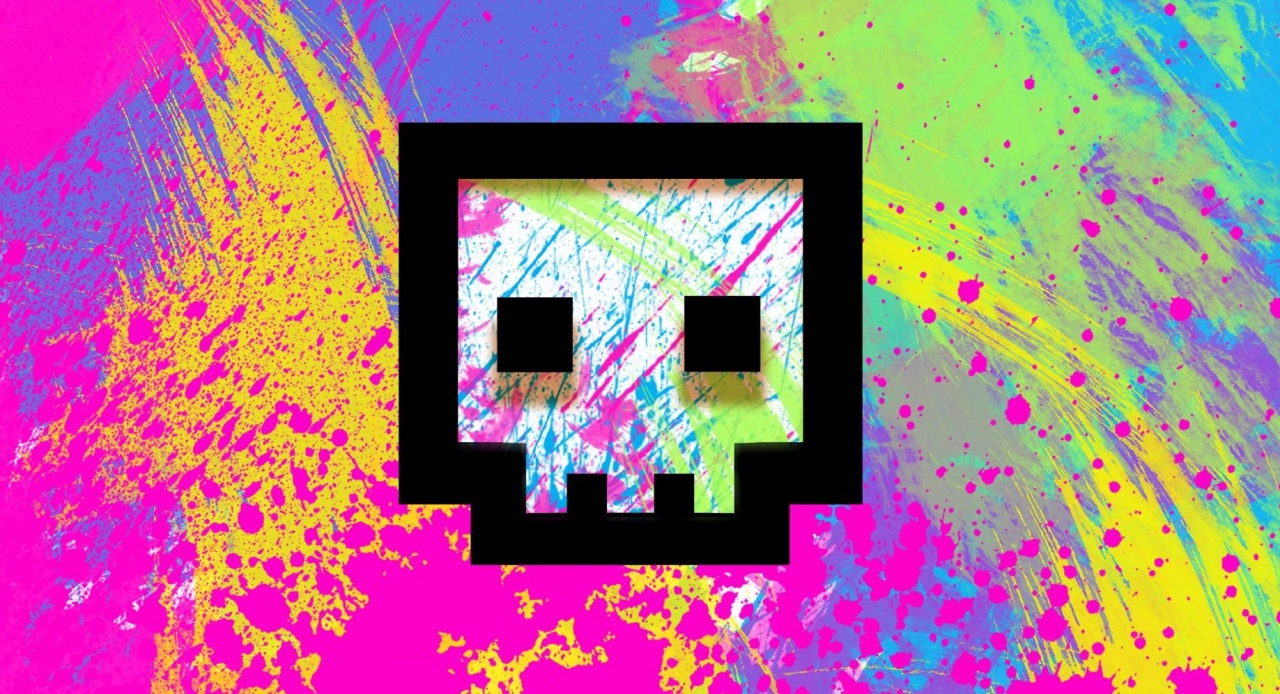 The Nintendo Switch has no shortage of quality twin-stick shooters and developer Ratalaika Games is hoping to make a colorful splash with InkSplosion. While the vibrant, colorful gameplay is pretty to look at initially, I can’t help but wish there was more to it as the list of features and modes are unfortunately lacking.

InkSplosion’s gameplay is, of course, colorful, chaotic, and fast-paced. It’s almost everything you expect from a game of this style. The difficulty is very high, much like many other classic twin-stick arena based shooters. However, once you get into a flow, there is an addictive nature for the title that makes it hard to put down. You’ll find that you can learn the controls fairly easily since all you do is move and shoot.

Immediately, what drew me to InkSplosion was the art style. As you fire your weapon, the bullets leave behind a trail of different colored ink as they fly across the map, causing a beautiful explosion of color. This is can also become a negative though as it becomes increasingly hard to distinguish between your character and enemies, as well as incoming projectiles that leave behind similar ink trails.

There are three modes to choose from: Classic, Arena, and Hard modes. Classic mode is the main mode and is the most traditional of twin-stick shooters. In this mode, the objective is to destroy the four enemies in each level, while dodging their return fire and also avoiding the laser dotted lines that cause damage to your ship. As you kill enemies, you gain a multiplier that adds points to your score, however, if you take damage you lose the multiplier.

You have a large health bar at the top of the screen which depletes when taking damage and also supplies your power gauge. You are able to slow down time using this gauge and this can be incredibly useful for helping to dodge incoming projectiles, but must be used sparingly as it depletes your health as well. It’s not exactly a bullet-hell title, but the enemies do put up a fight and the different types of enemies require a little strategy to overcome. Each enemy you defeat grants you a little health back and is the main of prolonging a round.

Arena mode is very similar to Classic mode, in that you must destroy waves of four enemies at a time with a single health bar and without pauses between defeating the four enemies. This mode is unlocked by earning 100,000 points in Classic mode and the biggest difference in Arena mode is the lack of laser lines. At the beginning of each round, our good friend Barry Dunne of Nintendo Impact Gaming says the type of weapon you’ll have for the round and greeting you in every match.

Lastly, Hard mode is basically the harder version of Classic mode where the dotted laser lines change faster, and the enemies move faster plus aim more effectively. At the end of the day, InkSplosion doesn’t seem like the type of game to satisfy hard-core twin-stick shooting fans. Instead, I think it’s more of a starting point for getting accustomed to the genre as it’s about as barebones as can be. Without any pick-ups and only four enemies ever on-screen at once, there’s limited strategy or tension aside from just trying not to be hit.

Overall, InkSplosion is an average twin-stick shooter with a barebones approach to the formula which may satisfy casual fans, but gets repetitive too fast.  There are many better options available on the Switch, but there’s nothing here that is horrible either, apart from its poor replayability and lackluster gameplay. If you’re moderately skilled in the shooter genre, you’ll likely fly through everything InkSplosion has to offer in less than an hour and without leaderboards or even skill-based scoring multipliers, the vibrant colors can’t save the the final product from mediocrity.