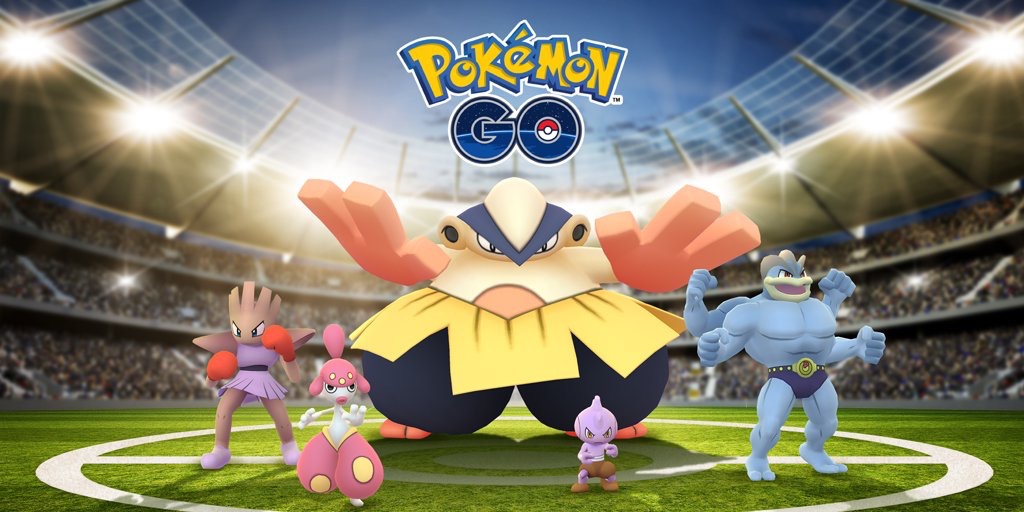 Pokémon GO has announced the latest ingame event! This event, The Battle Showdown will bring increased spawnrates for Fighting types and bonuses for gyms/raids!

These bonuses include, 2x XP for both Gym and Raid battles, Raid battles will each give 3,000 stardust & atleast 1 rare candy, increased item drops from photo disc spins, and a 2X badge multiplier.

It’s time to test the strength of your Pokémon during a special battle event! Fighting-type Pokémon, such as Machop and Makuhita, will appear more frequently in the wild starting May 1 at 1:00 p.m. PDT.

But what’s a battle celebration without some competition at your nearby Gym? Until May 14, you’ll receive 2× bonus XP for Gym Battles and Raid Battles. Plus, Raid Battles will also award a guaranteed 3,000 Stardust for participating—and at least one Rare Candy if you win!

Several actions at Gyms will yield bonuses, including a 2× Badge multiplier, so you can receive even more benefits at a Gym you visit frequently. Just stopping by? Spinning the Photo Disc at Gyms will also yield more items!