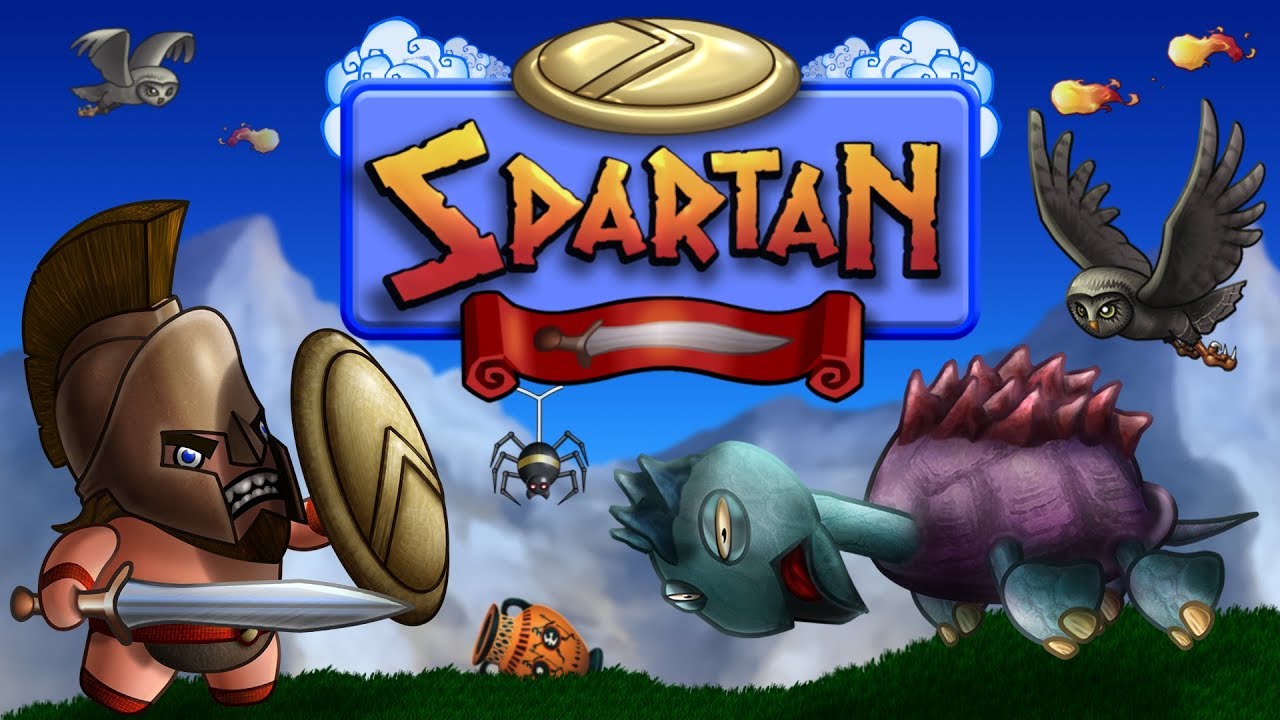 I’ve played many bad video games in my time; titles such as E.T., Amy, and even Super Man 64 to name a few. While some were just flat out broke, others were just no fun to play at all. About the only good things I can say about developer Sinister Cyclops Game Studios’ action title Spartan is that it’s not broken and is not on the level of the notorious titles listed above. Unfortunately, unlike the fabled ancient warriors that they are, Spartan is nowhere near as heroic or legendary.

Spartan is a Mario styled action-platformer that has you playing as King Leo as he is trying to save the land from evil monsters. There are 24 different levels and 4 themed worlds with a boss encounter at the end of each world. In each level, Leo will have to find five treasure chests in order to open portals and continue his adventure. There is not much of a story and what is presented isn’t intriguing or worthwhile.

Levels are built in a non-linear style where they have branching different paths that you’ll have to take in order to collect coins in each level. There are giant coins you find within treasure chests and you’ll need to find every one in a level in order to open a portal. If you make it to the portal before collecting them all you’ll have to backtrack to find the ones you may have missed.

While this makes Spartan standout more from other action-platformers, I found this to be very annoying having to possibly backtrack countless times in a level due to missing a treasure chest. Knowing where the coins are located is a crap-shoot, meaning you’ll have to search every nook and cranny to make sure you didn’t miss one path or jump in order to find all the collectables. At least, when you grab a treasure chest or the other coins scattered throughout a level you don’t have to collect them again if by chance you end up dying.

Spartan is the type of game where you will be dying frequently and many times unfairly as you try to progress. There is a heath system, but almost everything instantly kills you by either running into or landing on it, except for some of the enemies, and because of this I found the health system to be somewhat of a moot point. You can’t use your sword or shield in tandem and also can’t move while performing an action. This means you can’t swing your sword or raise your shield while moving forward which makes controlling Leo a chore. Also, the strikes with your sword oftentimes don’t register effectively making combat dull and frustrating.

On the topic of controlling your character, it can be extremely frustrating and clunky with how slow Leo registers commands. I found the platforming to be awkward and too floaty making seemingly easy jumps much harder than they needed to be. There’s a double jump, as well as a using the ZR trigger to run that you’ll have to utilize all the time in order to make certain jumps. Many times even doing simple wall jumps seemed finicky when the game recognizes that you’re trying to do a wall jump or just trying to get high enough to land on certain edges. There were too many moments where I would perform a jump only to end up failing at the end, but when doing the exact same jump again I would end up succeeding.

The themes for the levels are your standard fare, featuring plains, ice, cave, and fire levels. There are a decent variety of traps and hazards to avoid, as well as a decent variety of enemies to defeat. The boss battles were a nice change of pace, requiring some strategy and were definitely the highlight of Spartan. Visually, the art style is uninspired and could come across as cheap or inconsistent looking like a simple Flash game.

Overall, Spartan is just not a very good title. The levels and characters seem poorly cobbled together with questionable stage design. There is plenty of challenge, but many times it’s for the wrong reasons with cheap deaths and aggravating platform mechanics. Also, having to backtrack to collect any treasure chests you may have missed is not my idea of fun. You are better off picking up almost any other title on the Nintendo Switch eShop.