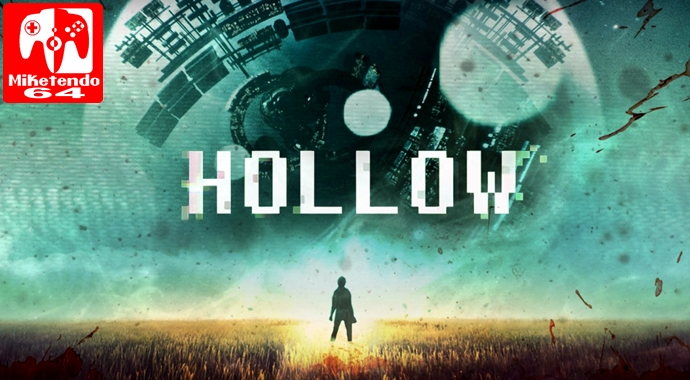 Enter in a horror experience akin to its name.

Horror games have existed for many years, but their presence on Nintendo consoles have been very limited to a few games throughout history, such as Zombi U on Nintendo Wii U and Resident Evil 4 on Gamecube and, later, on Wii. With the wide appeal on the Nintendo Switch, many AAA horror games and even, indie ones are being released rather frequently and unexpectedly (I see you, Outlast). One such title that caught my attention was Hollow, but just how good is it? That’s exactly what we’re going to find out.

Hollow is a Horror game developed by MMEU and published by Forever Entertainment, initially on Steam. Last year, the company announced that a port of the game was in production and finally, on 22nd of February of 2018, the game finally released on the Nintendo Switch with a few visual changes and limitations to adapt the experience to be playable on a portable console.

Storywise, the game starts by using a classic video game cliché: you wake up in a capsule that is going to connect with Shakhter – One, a mining station on Jupiter, but you have no idea of who you are and how did you end up where you are. As you investigate, you find notes and receive e-mails that guide you on your path.

Most of the game’s story is told through few cut-scenes that play out in specific moments of the game and papers that you find scattered around the ship. There are some interesting ideas and moments here and there, but I never ended up caring about the character that we control (I can maybe say that I hated him) or what happened there.

But if you want to experience this story, you will have to go through many problems. The first one is the audio. The music or lack of, at some points, help to create a good tension in specific parts of the game, but in others moments, such as when fighting, the music enters a loop state, with each set lasting only a few seconds and ultimately very annoying. The voice acting, at best, is okay, but when combined with the terrible animation of some characters, Hollow then made me laugh. Really, a horror game that makes me laugh can be two things: a good trash horror game or this isn’t a good sign. Sadly,Hollow is a case of the the latter.

Not every character has very bad animation or design. I really think that the design and animation of the enemies were done well enough, especially one that you will start seeing close to the end of the game, but the only thing that I thought wasn’t necessary is that 3 of the 4 types of enemies that you meet happen to be naked disfigured women. I also have to say that the objects of the environment are mostly done with care and attention to details and some effects, even the most basic ones are given the attention to try to recreate how they would look. There were a few areas that I felt impressed by how they looked when I first arrived in them.

The problem of the visuals lies in the fact that it repeats a lot of objects and area designs. Join that with the fact that, in the original setup, the game presents low lighting and the flashlight can be useful in some areas, and in others, useless. What you have with this combination is that sometimes you can get lost and you can’t appreciate the games’ design.  Performance-wise, Hollow runs at 30fps in 720p when docked mode and at 30fps in 600p  when undocked. Normally this isn’t a problem, but there are many areas in which the display has many noises and it’s not quite clear if its because of the camera effects in place or because of image scaling. There was also plenty of frame rate stuttering and/or image bugging.

The design of the HUD is very well done and fits well in the sci-fi appearance that the game was going form. The computers and cameras that you access, gives you the feel that you are really using them and that helps with the immersion in the game. I also have to praise the design of the map that looks like a hologram (although I rarely used it). I only wish that the in-game HUD was more visible and that the menus gave me a more visible feedback than a small icon in the opposite corner.

The commands that you have to do are very similar to other games, such as Resident Evil Revelations, and are well positioned on the control to a point that I never had a really big problem with them. The real problem lies with how this controls transcript in the game. Your character moves, in what is considered by the game as walk, but is a pace that seems like you are controlling a snail. When you press the left stick, it changes to a run, which isn’t a run, and is the closest you’ll get to actually walking. Aiming and looking isn’t any better. It moves as slow as walking, and even if you raise the sensitivity to the max, I still felt like I didn’t have the best control over it.

Another important part of the game is combat. In it, you have a limited amount of ammo for each gun to fight the enemies. You also have a kick that is only useful for kicking away enemies that get close to you, and to be honest, I rarely needed that. But if you run out of bullets, then I wish you good luck because the kick seems to do as much damage as a pillow. The guns, if you can get over the aiming problem, is an experience that is done well enough. But as with anything in this game, there are problems. Hollow doesn’t show you what the ammo looks like or tell you that you can open only some specific doors to maybe find more ammo. This lead me to get stuck in one area (as kicks are useless) around 1 hour of playtime into the game, before having to restart from scratch. And that can also happen near the end of the game.

Finally, I want to talk about the atmosphere and scares. Hollow tries to use many things you will see in other horror games to create an eerie atmosphere and it gets it right, on a very few occasions. On the other occasions, it was like I was playing a slow-motion and worse version of Doom. The majority of the scares are noticeable and expected, thus reducing their impact, but there was one instance, where it did get me, so at least that’s something, albeit a short-live something.

Sadly, I have to say that Hollow is not a good game and that you will find better experiences from other games that launched on Switch around the same time as Hollow did, such as Outlast and Layers of Fear: Legacy (which even uses the Switch’s unique features, something that Hollow doesn’t). I can’t say I had a pleasure playing it and the only thing that went through my mind while playing were all the lost possibilities that this game could have done. Instead, you will find, is a game only half worth experiencing, which will leave you with questions, for example, why Hollow loves to show imagery of totally or half naked women? So, unless you’re looking to buy a game that will leave a bad taste in your mouth, you might want to give Hollow a miss.