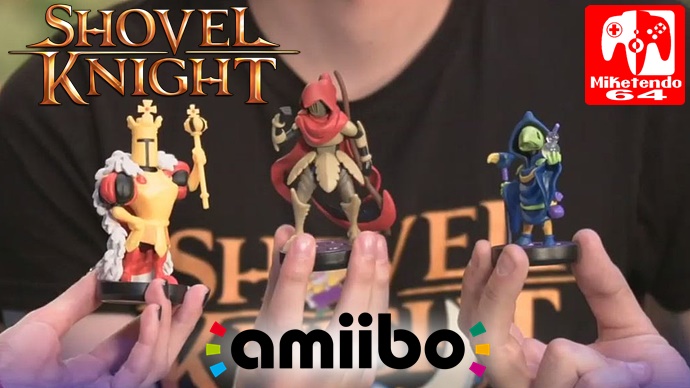 September 1, 2017 7:21 am Published by Mike Scorpio Leave your thoughts

Yacht Club Games, have released a special reveal trailer featuring the Game Grumps to unveil 3 new amiibo, Plague Knight, Spectre Knight & King Knight. These three amiibo will available in a multipack and will no doubt have special functions to the each corresponding Character and their Game. Whether they will have functionality in each others story modes is not yet known but it is cool of Yacht Club Games to create amiibo versions of their characters. Maybe we could expect to see even more Shovel Knight characters get their own amiibo, like the whole Order Of No Quarter. That would be awesome! Anyhow, here is the reveal trailer for the amiibo.