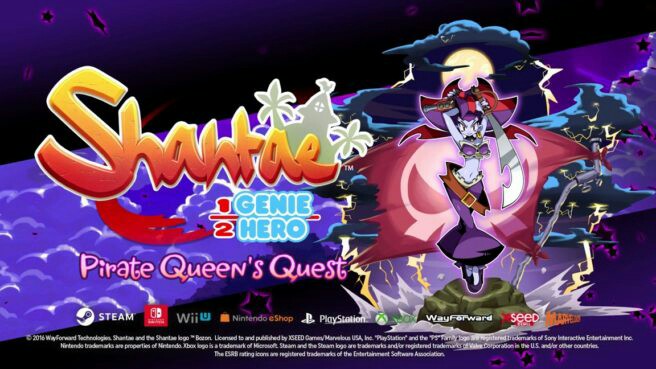 The wait for the new DLC for Shantae: 1/2 Genie Hero is nearly over as WayForward have announced on Twitter that the Pirate Queen’s Quest DLC will release over all platforms on August 29th. The DLC will features The Pirate Queen Risky Boots in her first Solo adventure.

For those that backed the DLC on Kickstarter, they will be able to download it for free, for everyone else, they will have to pay for it in the eShop.