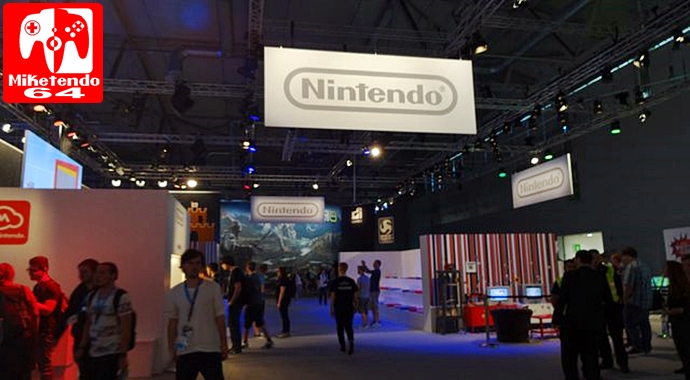 8th August, 2017 – Nintendo’s booth at this year’s gamescom show in Cologne, Germany, will showcase some of the year’s biggest games for Nintendo Switch and Nintendo 3DS family systems, and fans all around the world can see more of key upcoming titles with English-language live shows happening throughout the week. All these English-language livestreams can be watched on Nintendo’s of Europe’s YouTube channel or on the Nintendo of Europe website.

On Wednesday 23rd August at 15:00 CEST, fans can get a fresh look at Super Mario Odyssey gameplay with a special developer talk from producer Yoshiaki Koizumi ahead of the game’s launch on 27th October. The Metro Kingdom and Sand Kingdom from Mario’s upcoming adventure will also be playable on the showfloor for attendees.

Then on Thursday 24th August at 12:00 midday CEST, Metroid: Samus Returns enters the limelight, with producer Yoshio Sakamoto and José Luis Márquez, creative director of developer Mercury Steam, taking to the stage to discuss Samus Aran’s upcoming adventure on Nintendo 3DS. Launching alongside the game on 15th September is a special orange New Nintendo 3DS XL Samus Edition, decked out with artwork of the intergalactic bounty hunter herself.

On top of these developer presentations, live shows featuring product experts from Nintendo of Europe will also give detailed looks at already announced software titles for Nintendo Switch and Nintendo 3DS, including Fire Emblem Warriors, Xenoblade Chronicles 2, and more. The full schedule will be announced in the coming weeks.

All these English-language livestreams can be watched on Nintendo’s of Europe’s YouTube channel or on the Nintendo of Europe website.

Fans around the world can experience the excitement of Nintendo at gamescom with special developer presentations on Super Mario Odyssey and Metroid: Samus Returns streamed live.