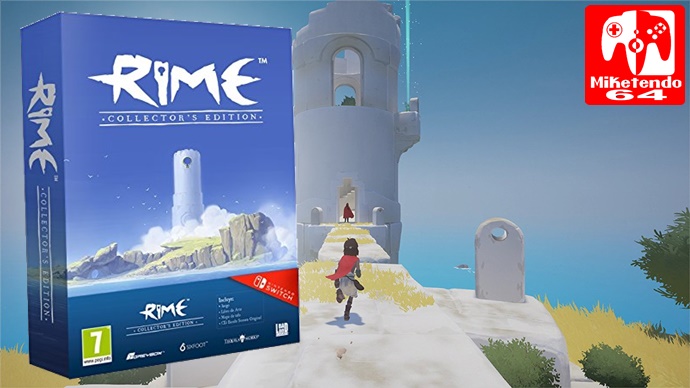 Badland Games has posted a listing on Amazon Spain for a Collector’s Edition of RiME for Nintendo Switch as well as for PS4, Windows & Xbox One. It is priced at €55.99 with free delivery for Prime Members living on the peninsula (Mainland Spain).

The Collector’s edition comes with a copy of the game and exclusive Switch box, Artbook, cloth map and the original soundtrack. What is odd is that the other versions like the PS4 & Xbox versions seem to come with a physical CD soundtrack but the listing for the Switch version is down as digital code. Of course it still has a place holder date of December 31st 2017, hopefully that will change in the coming months. Here is an image which shows you what you can get in the Collector’s Edition.