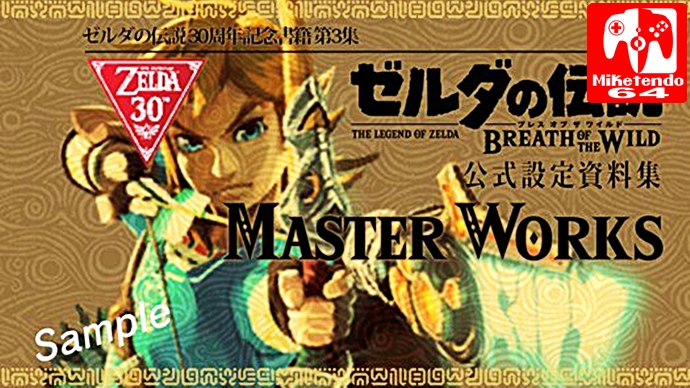 During the Zelda Masterclass at the Japan Expo in Paris, more Zelda books were announced to be coming to the west. One that was particularly interesting is The Master Works which is all about Breath Of The Wild. It will cover a lot of the artwork and background details

Hungry for more #Zelda art? After Arts & Artifacts and Hyrule Encyclopedia, the 3rd book in the series will be all about #BreathOfTheWild! pic.twitter.com/dII6UzMbCO

Two other books that were also announced have already come to the west but they are yet to be translated into French. One of which is Hyrule Graphics (known as Art & Artifacts In English) will be coming in this September.


Categorised in: Announcement, Breath of the Wild, News, Nintendo, The Legend Of Zelda