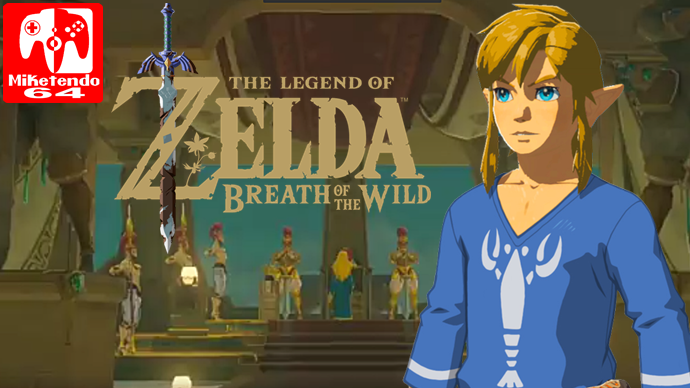 During the Japan Expo in Paris, Zelda Producer Eiji Aonuma is holding a Zelda Masterclass and has revealed that we will learn more about the Princess Zelda and the Champions in the upcoming DLC for Zelda: Breath Of The Wild titled “Champion’s Ballad.” It has not been stated whether they will be playable or not. Link however will of course still be playable. A short Development gameplay clip has been released which shows Zelda Kneeling before the Gerudo. You can check out the clip in the tweet below, courtesy of Nintendo Of Europe.

Mr Aonuma confirmed you'll still play as Link in The Champions' Ballad, but learn more about #Zelda along the way pic.twitter.com/DvRbvQuOeb

On another note, Link’s Crayfish shirt from the Wind Waker will be also be coming along with other pieces of clothing in the second DLC pack. we have provided an image here as well.