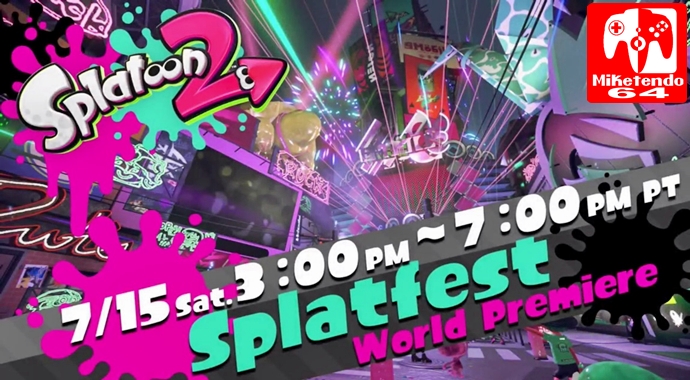 2 Years of Splatfests for Splatoon 2 and All New Splatfest World Premiere Demo Details (Demo is out Today!)

In continuation of our Splatoon 2 Direct coverage, it’s time to talk about Splatfests.

Not only will new free content grace the game for one full year, but Splatfests will run for 2 years and there will even be a Splatfest hosted before the game releases on the 21st of July. Only don’t go expecting you can experience it via the Splatoon 2 Global Testfire demo, as you will need to download the Splatoon 2 Splatfest World Premiere demo for that, hut fortunately the demo releases today!

The only rub is the Splatfest kicks off on the 15th of July, so until then, the only things you can do is vote for which you think is better (cake or ice cream.) As for more details about it, consult the official PR write-up below and associated tweet.

Splatfests: While content updates for Splatoon 2 will last around a year, more limited-time Splatfests for the game are planned for the next two years. To kick things off, a free demo to try out the first Splatfest for Splatoon 2 is going to be held on July 15 from 3 to 7 p.m. PT. Players just have to download the free demo in Nintendo eShop on Nintendo Switch and get ready to decide if cake or ice cream is their dessert of choice. To prepare in advance, the demo can be downloaded early before the Splatfest goes live, starting later today. Once downloaded, players can start the demo to vote for their team, and even visit the in-game mailbox to create and share drawings in support of their team.

As for more the rest of our Splatoon 2 Direct news coverage, just like we said at the end of our last article, it is on the way and will be live within the hour!