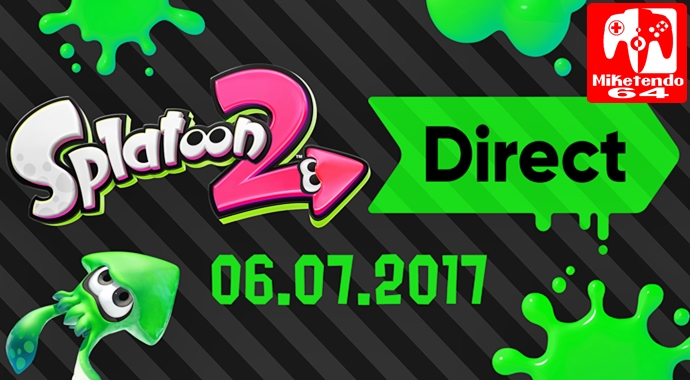 Stay Fresh by Watching the Splatoon 2 Nintendo Direct this Thursday (6th of July, 2017)

When it comes to Splatoon 2, Nintendo have done a great job to ensure fans have been in the though and this week the Big N is staying true to form!

Revealed today, a special Splatoon 2 focused Direct will take place on Thursday of this week and will kick off at 15:00 BST, so for those of you who would like to stay in the know about the upcoming shooter, below are two links that can be used to watch the Direct and the times it starts in various regions:

But that’s not all for Nintendo UK has also revealed that Europe will be receiving the Neon Green and Neon Pink Joy-Con Controllers a lot sooner than originally revealed as they will become available from the 28th of July onwards, so if you felt like picking them up later on this year, why not pick them up this month instead?

Until the Splatoon 2 Direct, Stay Fresh!