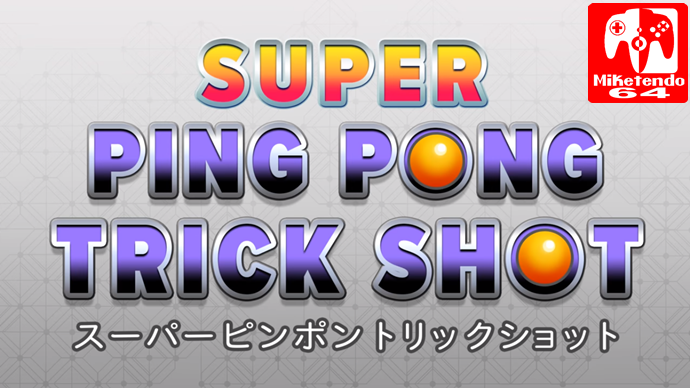 The goal of the game is much like it is in real life which is throwing a ball into a cup. The game has different games modes including Challenge mode which has you try to clear missions whilst meeting certain criteria. There is also a Score Attack Mode & Battle Mode. There is no word as of yet if Super Ping Pong Trick Shot will be coming to the West.

We have included a trailer of the game below.