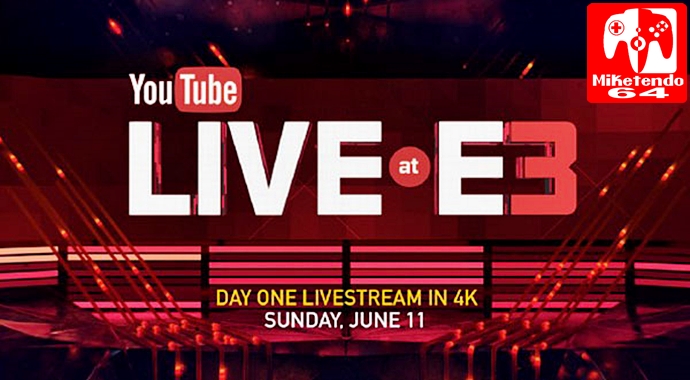 Sonic Forces? Mania, LEGO and Reggie? This Year’s YouTube Live at E3 is not to be Missed

Kicking off tomorrow on the 11th of June is YouTube Live at E3. Various live streams that will be hosted by renowned Journalist Geoff Keighley and consist of things such as previews, hours of conferences and so much more.

During such coverage, it has been revealed that Nintendo of America President, Reggie Fils-Aimé, will also be making an appearance and that Reggie and Geoff will go head to head in an ARMS battle, whilst Reggie reveals details for Nintendo’s activities for E3 2017. For anyone who would like to watch the reunion of the two, you can do so with either the livestream or link shared below, at the following times: (Give or take a few minutes!)

As for Day 2 of YouTube Live at E3, both Sonic Mania and Sonic Forces will be making an appearance and so will LEGO Marvel Super Heroes 2. Below you can find a livestream, a link you can use to watch the stream and times each game is meant to show up:

E3 has arrived and with it, the time to lose our minds!