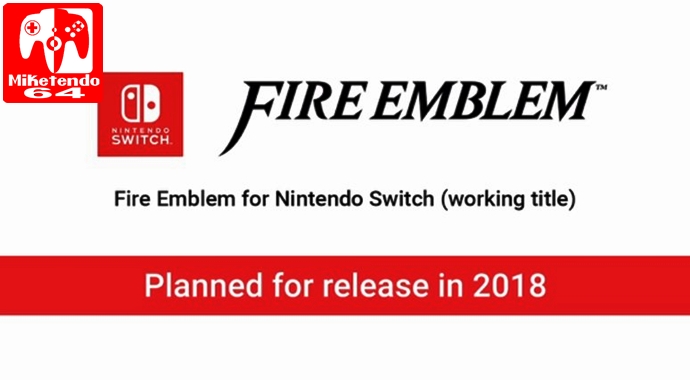 Well fast forward a couple of months and while publically not much is known about Fire Emblem Warriors, both Heroes and Shadows of Valentia are out now and they are hugely popular. From the moment Heroes released, the involved parties behind the game have ensured gamer engagement is high thanks to new and regular content, which has resulted in so many in-app purchases that the game has become for more profitable than Super Mario Run in a very short time.

But Fire Emblem Echoes: Shadows of Valentia is also out, has received fantastic reviews and scores and interest in the Fire Emblem series hasn’t been this popular in a long time, and yet despite all the 3DS releases, Fire Emblem never made it to the Wii U. Sure it will make it to the Switch next year, but it’s absence was noted, but during a recent interview between with Jeuxvideo and three Fire Emblem devs, something particularly interesting was mentioned and you because I won’t spoil it for you, the something interesting can be read below: (Read the whole excerpt)

Jeuxvideo: Do you see Fire Emblem as a handheld series first and foremost? The latest home console release was Radiant Dawn ten years ago; and though a new Fire Emblem is coming to Nintendo Switch next year, a lot of players had their hopes up for a Wii U installment. Do you think the Wii U wasn’t suited for a series like Fire Emblem, or were there other reasons to focus on the 3DS?

Hitoshi Yamagami (Nintendo Producer of Fire Emblem Echoes, Fates and Tokyo Mirage Sessions #FE): The Fire Emblem series has a long history of home console games. While we were developing this title on a handheld console, we felt like we were reaching the apex of our work on Nintendo 3DS. Looking back, we don’t believe the series is a handheld one above all else. In the future, we hope to have more opportunities to create home console games.

Kenta Nakanishi (Nintendo Director of Fire Emblem Echoes: Shadows of Valentia): As it was said earlier, we’re currently working on a Fire Emblem game on Nintendo Switch. With this title designed for home consoles, we should be able to offer a completely different Fire Emblem, breathing life into our characters like never before.

Now other sites who have covered this news already, has focused on the whole “breathing life into our characters like never before,” but not us. No we’d rather talk about Yamagami’s “In the future, we hope to have more opportunities to create home console games.” Given the quantity of quality titles Nintendo has been able to bring to the 3DS and how easy the Switch is to develop for, it means although next year’s true Fire Emblem game on Switch, it could easily be merely the first of more to come as a second release could also happen and that is fantastic news.

Of course we’d still want to see Nintendo’s handheld lines (3DS and its successor), still get a healthy and heavy dose of new Fire Emblem titles, but it will also be great to see a similar thing happen with regards to the Switch and it sounds like that is very much the case!

Still not everyone will like this news though, so our beloved readers, how do you feel about this? Let us know!

Source: Jeuxvideo via Nintendo Everything