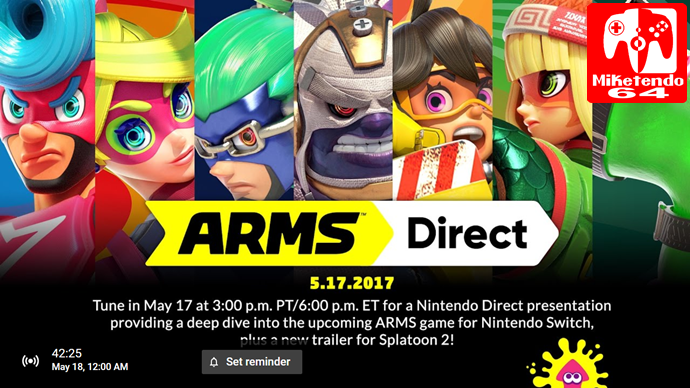 Just before the ARMS Direct is about to air, Switch Force have broken embargo and have revealed three new characters that have yet to be officially announced. These characters are known as Byte & Barq, Twintelle & Kid Cobra. You can see them in the image provided below.

Switch Force also uploaded a video showcasing a 2v2 team match showing the new characters that has since been removed but has been reuploaded via another YouTuber which can be seen below until it too gets removed.