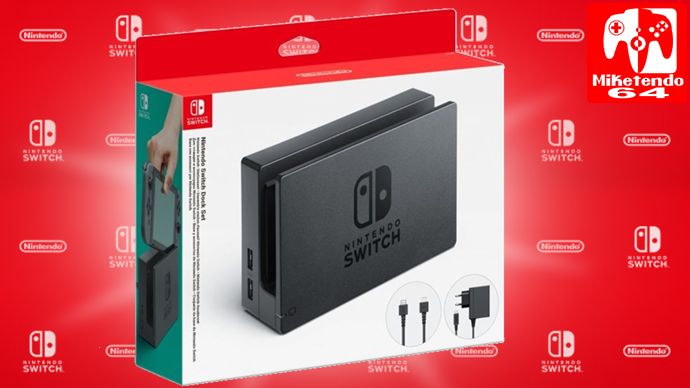 Nintendo Of Europe have announced via Twitter that come June 23rd, we will be able to buy separate Switch Docks that you can connect and play on any TV you like without having to disconnect a single Switch dock and connect it to another TV. This means that you will be able to plug your Switch into any of the docks that are connected to your TV’s in your house. Want to play alone on the TV? Take it into your room, Have friends round and having a party? Stick the Switch into the dock by the TV in the main lounge so you can all play together.

There are no details as regards to price but we do know that the Dock set will include an AC cable and HDMI cable along with the dock itself. Those of you Stateside will have a less time to wait as the stand-alone dock will be available on May 19th.

An accessory set that includes a #NintendoSwitch dock, an AC adapter and an HDMI cable will be available from 23/06. pic.twitter.com/4O3AbEhFZ7