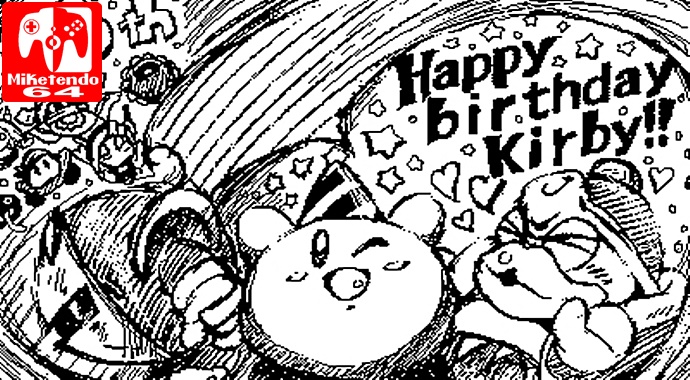 The loveable pink ball puff known as Kirby celebrated his 25th anniversary last April. Two representatives from the company that created Kirby, known as HAL Laboratory have taken to Miiverse to thank their fans and to commemorate the occasion. Satoshi Ishida begins with a short introduction and Shinya Kumazaki takes it from there. You can read the post below.

However, that isn’t all as in the comments, they also post a password for Team Kirby Clash Deluxe which can get you extra items in game including Gem Apples and Light, Fire & Water Fragments. You can find the password in the following Screenshot.