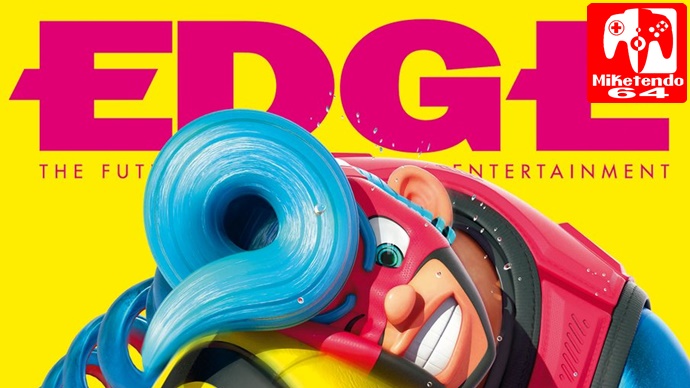 In this month’s issue of EDGE Magazine, some members of staff managed to get hands on with the game and have learned that ARMS can be played with a single Joy-Con but it is not the most desirable method of play and is quite restrictive as opposed to playing with motion controls. Below is an except of the ARMS Feature, courtesy of NEO0MJ on NeoGAF.

These automated matches were also essential because playing Arms stood up, Joy-Cons in hand, with motion controls is hardly a relaxing experience. We depart out six-hour session exhausted, and apologetic for leaving a Nintendo demo area smelling like a locker room. The more sedentarily inclined – or those unable to play standing up because they’ve taken their Switch on public transport, say – can make use of less physically intensive control options afforded by Nintendo’s multifaceted new hardware. Slot the Joy-Cons into a grip peripheral, hand over one of the controllers to a friend, or pick up a Pro Controller, and Arms starts to feel a little more familiar. Punches can be thrown using the triggers, or two of the face buttons – jump and dash are mapped on to the other two. You click the left stick to guard. Everything you need is here, and it works – but something’s missing. Since the left stick controls the angle of your punches, you can’t move in one direction and punch in the other. You can’t strike at a different angle with your other hand until the first punch is fully extended, either.

Robbed of the physicality of its motion-control inputs, Arms isn’t quite the same. No doubt these alternative control options have been added to ensure the game is playable in every situation in which you can use a Switch. Yet it also feels like a thumb of the nose, however unintentional, to players who spent the Wii generation complaining they’d have preferred to have played Motion-Controlled Game X sat on their backsides with sticks and buttons. On-foot motion controls aren’t the only way to play Arms, but for our money, they’re far and away the best. Producer Yabuki, as you’d expect, agrees.

“The true feel of Arms comes when you’re holding both Joy-Con controllers in the Thumbs-Up grip”, he says. “You can throw punches from each hand with real precision as you dash or jump around, allowing for a lot more depth for your fighting style. It’s possible to throw a straight punch as a feint for your first blow, then curve your second punch to where your opponent runs to. But Arms doesn’t require you to use motion controls. I hope people will pick the playstyle that suits them.”