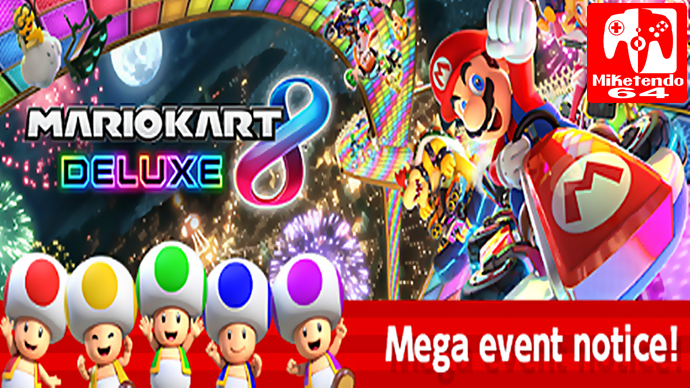 Well done to all you Super Mario Run players out there that dedicated your time, your hard earned Toad Rally Tickets and a large chunk of your data plan in participating in the Mario Kart 8 Deluxe Mega Event. After 8 days, the Maximum stretch goal has been reached of 50,000,000 times of Toad Rally played. This means what we can all be looking forward to receiving some new Statues coming to the Mobile app including the Banana statue, the Blooper Statue, the Mario Kart Statue and the Nintendo Switch Statue when they become available on May 11th when the event ends (unless Nintendo want to release them now, I won’t complain).

You will no doubt, already have seen the In-game Notification that announces that the Mega Event has reached it’s goal but jut in case a few of you have yet to log into Super Mario Run, here it is below.