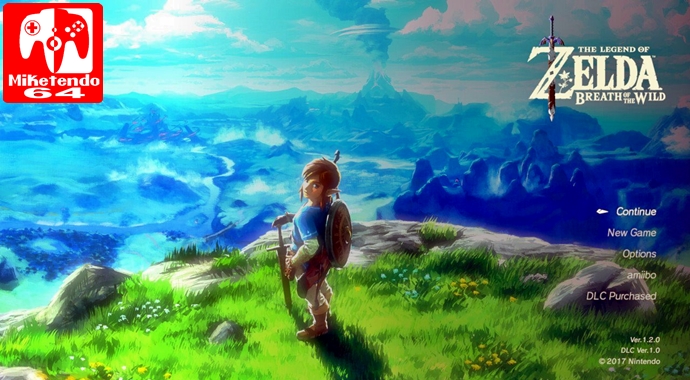 Zelda Everything! Full Breath of the Wild “The Master Trials” DLC Details (Trial of the Sword, New Content & Hero Mode!)

When Nintendo fans first learned about The Legend of Zelda: Breath of the Wild getting dlc, a lot of them wasn’t happy, especially the Zelda fans, but trust me when I tell you, the first pack of the dlc is worth the money alone!

With Breath of the Wild being available for one day shy of two months, Nintendo has come forwards with details as to what the first pack will entail and there is just a whole lot for fans to enjoy! First up there will be a Cave of Trials thing going on, but now it’s called Trial of the Sword. There’s Hero Mode, Hero’s Path Mode which is a handy little feature that allows players to know everywhere they have been in their last 200 hours of play and plenty of new content in the form of a Travel Medallion, Korok Mask and 8 pieces of new equipment.

Below you will find Nintendo’s full details on each of the features, as part of their official announcement/press release, plus some details regarding the version 1.2.0 update which is available to download now:

Nintendo Details the First DLC Pack for The Legend of Zelda: Breath of the Wild:

REDMOND, Wash., May 1, 2017 – Hailed by both critics and audiences as one of the most ambitious video games Nintendo has ever produced, The Legend of Zelda: Breath of the Wild game has earned universal acclaim. The massive open-air adventure will soon receive even more engaging content with the Expansion Pass, composed of two planned DLC packs for both the Nintendo Switch and Wii U versions. The first pack, called The Legend of Zelda: Breath of the Wild – The Master Trials, launches this summer, while the second DLC pack launches in holiday 2017. The two packs are only available as a bundle for a price of $19.99. The first pack of downloadable content will add the Trial of the Sword and a challenging new Hard Mode to the game, as well as other fun and useful features.

“Whether you have already completed the adventure or are just getting ready to paraglide into Hyrule for the first time, this new downloadable Expansion Pass makes this massive game even bigger and more engrossing,” said Doug Bowser, Nintendo of America’s Senior Vice President of Sales and Marketing. “We are always looking for new ways to provide fun and exciting experiences for our fans.”

Here is a breakdown of everything The Legend of Zelda: Breath of the Wild – The Master Trials has to offer:

More information about the second DLC pack will be revealed in the future. All DLC is available for both the Nintendo Switch and Wii U versions of the game.

Starting today, players will be able to experience the game in one of nine audio languages [Japanese, English, French (France), French (Canada), German, Spanish (Spain), Spanish (Latin America), Italian and Russian], with a different language used for on-screen text by downloading a free software update. To enable this feature in the Wii U version of the game, players will need to download a Voice Pack from Nintendo eShop.

But that’s not all, because there Nintendo have shared a new video regarding this epic dlc, which we’re sharing right now along with some more photos:

So is the Expansion Pass worth the price? I know I’ve answered this already, but it absolutely is and if you put off buying it, you might want to reconsider!

Tags: dlc, Dlc Details, Master Trials, May Feature, news, Nintendo of America, Nintendo Switch, The Legend Of Zelda, The Legend of Zelda: Breath of the Wild, Wii U


Categorised in: Breath of the Wild, DLC, Nintendo, Nintendo Switch, Wii U