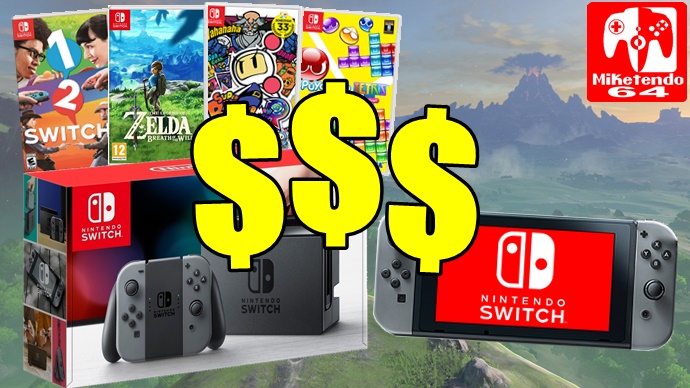 Alas, the Nintendo’s Fiscal Year of 2016 has ended and the Earnings Release have been unveiled bringing with it some key statistics as regards to the sales of the Nintendo Switch and Zelda: Breath Of The Wild.

The Nintendo Switch has sold 2.74 million units of hardware worldwide. 5.46 million units of software has also been moved. The Switch has proved more successful in the Americas by selling the most units, 1.2 million in fact. Europe shifted 940,000 in terms of sales and Japan with 600,000.

The Legend Of Zelda: Breath Of The Wild has had the best success on record as Nintendo have shipped 2.76 million copies of the game for Switch alone and 3.84 million including the Wii U version in just under two months since release.