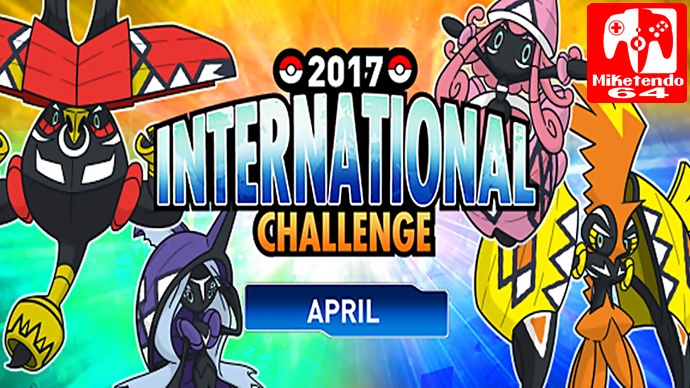 Pokémon Sun & Moon On 3DS has opened registration for the next Battle Competition title “2017 Internation Challenge April Competition.” It is a Double Battle Competition that use the VGC 2017 rules and only Pokémon from the Alola Pokédex can enter, Legendaries or Rare Pokémon like Cosmog, Cosmoem, Solgaleo, Lunala, Magearna, Necrozma or Zygarde are not allowed to Participate nor can Mega Stones be used. Registration is now open and the competition will be underway from April 28th until April 30th. Below is an extract from Serebii’s Website.