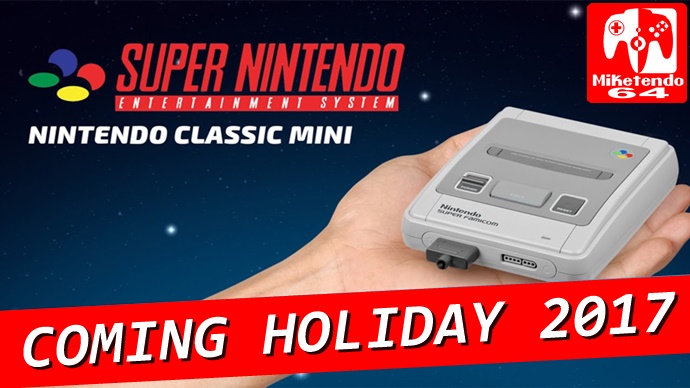 Eurogamer have stated that their sources close to Nintendo have confirmed that the Big N will follow up the NES Classic Mini with a micro version of the original NES’ successor, the Super Nintendo. The SNES Classic Mini is currently scheduled for release over the Holiday Season of this year and development is well underway according to sources.

There are a number of ways that Nintendo can secure success, providing a larger library of games on the Plug & Play system will definitely help sales along with the option to play SNES Carts or more via even via Virtual Console by transferring from the Wii, Wii U or 3DS. Also, if last year’s sales are anything to go by, having more units available will definitely increase the profit margin.

We really hope this turns out to be true. It will be a great novelty item to follow up the NES Classic Mini and build up a collection of Nintendo Micro Consoles. What games would you like to see come to the SNES Classic Mini? Obviously Super Mario World, The Legend Of Zelda: A Link To The Past & Super Metroid are a given but what other titles do you think should come to it? Let us know in the comments below.