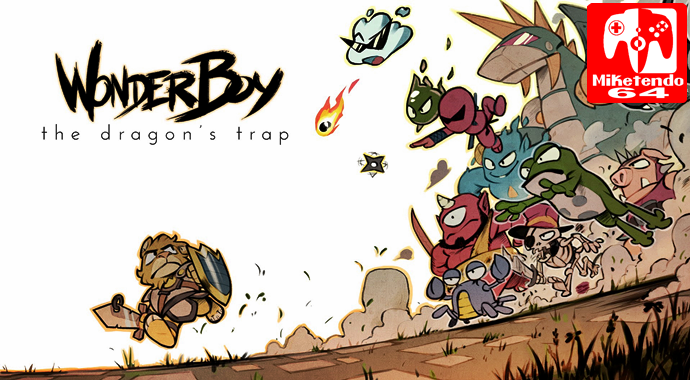 If you count yourself as an indie lover and own a Nintendo Switch, then get ready to part ways with some of your hard earned cash as Wonder Boy: The Dragon’s Trap has arrived and it is everything Wonder Boy fans wished it would be!

But if you have never played a single Wonder Boy title, or know anything about this 2017 release, here’s DotEmu to fill you in and talk about their plans to bring Wonder Boy to PC this Summer:

WONDER BOY: THE DRAGON’S TRAP AVAILABLE ON NINTENDO SWITCH, PLAYSTATION 4 AND XBOX ONE

Paris, France – April 18, 2017 – DotEmu, developer and publisher specializing in modern releases of beloved retro games, and Lizardcube, are thrilled to announce that Wonder Boy: The Dragon’s Trap is now available for the Nintendo Switch, PlayStation 4 and Xbox One.

The game’s Steam page has also gone live so fans looking to play Wonder Boy on PC can favorite it and be kept up to date when the game launches on PC early this summer (date to be announced.)

The cult classic returns with a unique blend of exploration, action, and adventure. Cursed into a half-human, half-lizard monstrosity by the Meka-Dragon, you are in search for a cure! The only way you can return to human form is to find the Salamander Cross, a magical item with the power to remove curses…