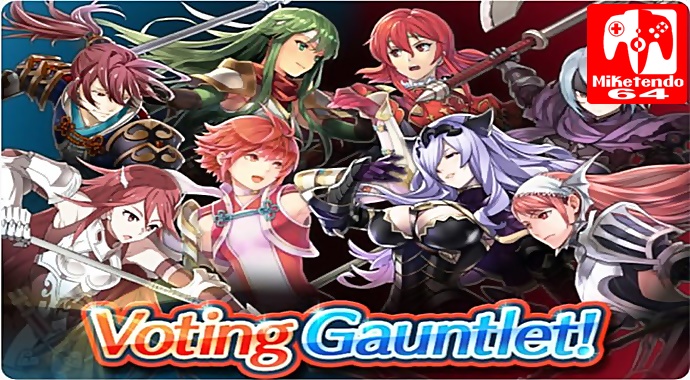 Round one of the Second Voting Gauntlet in Fire Emblem Heroes is now over and Hinoke, Cherche, Palla & Beruka have been knocked out of the competition between The first Wyvern Riders vs. Pegasus Knights. Round 2 has now begun and sees Camilla against Cordelia and Minerve against Subaki. If your chosen character was defeated, you can still choose another but if your selection is winning, you can’t change character.

Players can also pick up a special Log-in bonus that rewards you with 10 orbs and 5,000 Hero feathers thanks to a recent Quiz.