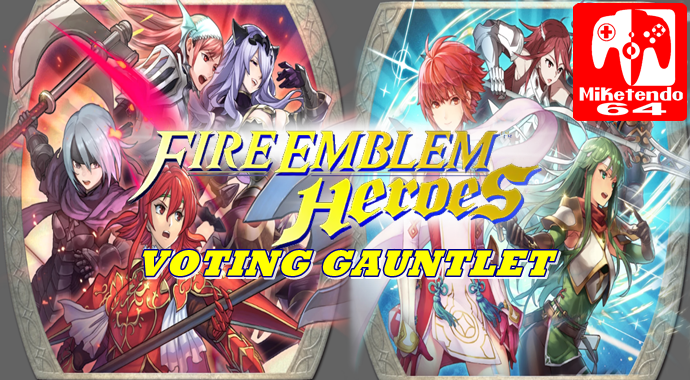 Low and behold, the new Fire Emblem Heroes Voting Gauntlet has been officially annouced and will be pitting Wyvern Riders against Pegasus Knights. The Gauntlet begins April 5th and ends April 10th. The 8 Characters to choose from are Wyvern Riders Cherche, Camilla, Beruka, and Minerva and Pegasus Knights Hinoka, Subaki, Cordelia, and Palla.

The rules seem to be the same as the last Voting Gauntlet but some changes include different Special Quests on the second and final round. The amount you receive as a reward has also changed.

The Summoning Focus features all 8 of the characters mentioned above and offers a higher chance of rolling their 5- Star versions of them (with half a dozen Wrys, Shanna & Clarines thrown in). Use the corresponding Summoning focus for a chance to get that particular character (Wyvern rider Focus For Wyvern Riders and Pegasus Knights for, you guessed it, Pegasus Knights).