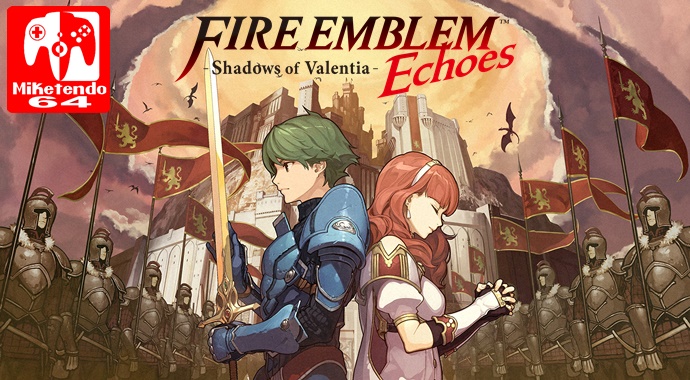 Female Corrin amiibo Could be in the Works After all!

When the Corrin amiibo for Smash Bros. series was first announced, the amiibo shown was the male version, only if today’s new leak is anything to go by, it seems a Male and Female Corrin amiibo are in the works.

In the video above, it is clearly visible that both Male and Female version of Corrin can be summoned as an Illusionary Hero in Fire Emblem Echoes: Shadows of Valentia, which is something that can only be done, by using Fire Emblem related amiibo from the Smash Bros. line. So unless this video is a well-crafted fake, the only way for the summons of both Corrins could happen, is if an amiibo of both is happening after all.

Sadly though, until official confirmation comes from Nintendo themselves, this is of course simple speculation, but if it is real, with the release of Echoes drawing close, some Corrin amiibo news should drop fairly soon and when it does, we’ll be back to write about it!

But the video is not the only thing to have leaked as the entire Japanese version of the game has leaked and some players can’t help but leak even more details, so if you wish to avoid spoilers, good luck. It won’t be long until they are everywhere!