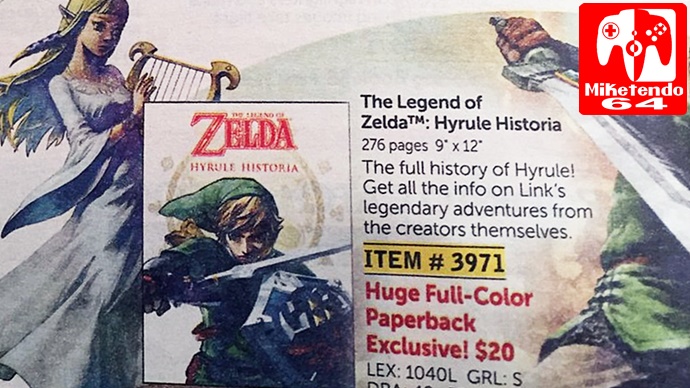 A Paperback version of the Legend Of Zelda: Hyrule Historia has been found at a Kindergarten fair by a member of the Nintendo Force Team who have courteously taking a photo of it and tweeted it for all the world to see. After looking online, this paperback version is only available via the Scholastic Book Fair and can’t be bought by any other retail outlets (not counting ebay). It can cost around $20 but these days you can pick up the Hardback version for a few dollars more. There is also no telling if it includes the Skyward Sword Manga short on the final pages like the hardback version does.

At my son's kindergarten book fair. Did we know there was a kids' version of Hyrule Historia? pic.twitter.com/EM62Pvm6pt


Categorised in: Announcement, Nintendo, The Legend Of Zelda