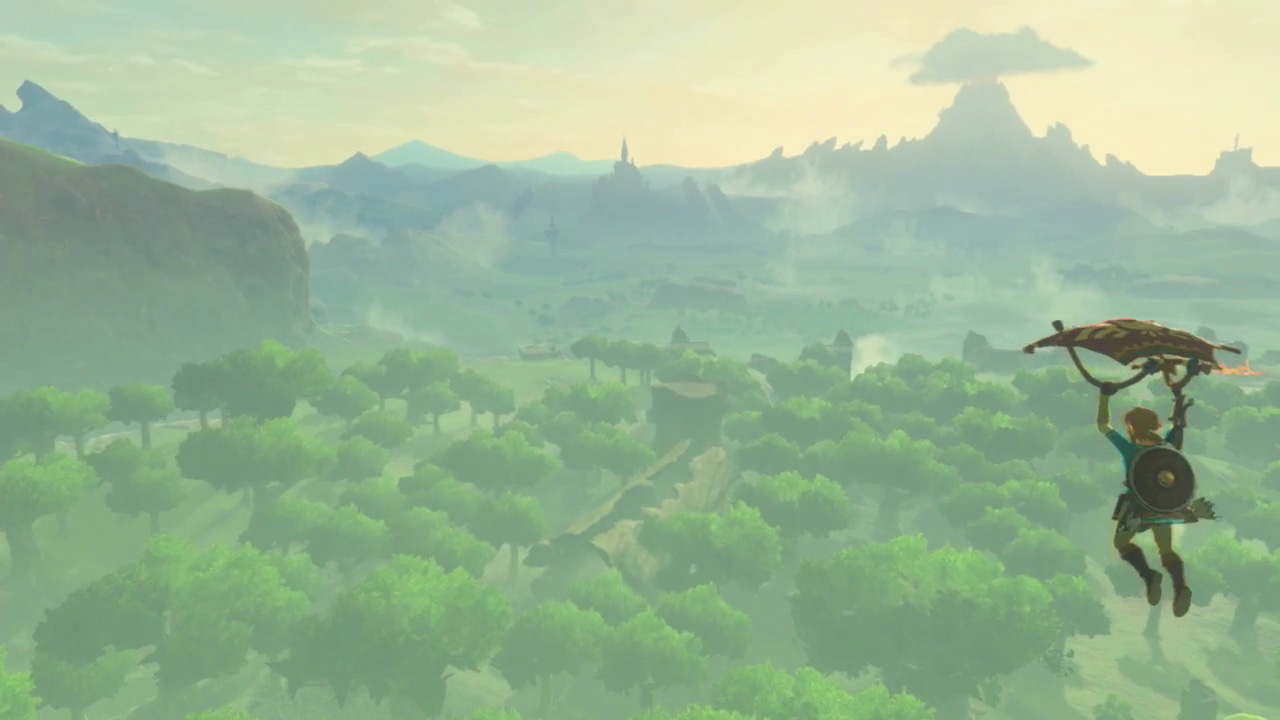 The Weekly Wizard: Issue #8: Morning Breath (of the Wild)

Welcome to another edition of The Weekly Wizard, the segment of Miketendo 64 brought to you by the malicious entity responsible for Wizard Dojo, where I talk about Nintendo’s recent happenings, or take a look back at the Big N’s history.

It’s rare that I play a video game that consistently amazes me, but The Legend of Zelda: Breath of the Wild has entered that elite group.

To be blatantly honest, as much as I love the Zelda series, I was getting to a point where I was feeling the series was – despite its great quality – becoming a little overhyped. Don’t get me wrong, the series has always delivered terrific experiences, but I don’t think every entry has deserved all the perfect scores that seem gift-wrapped for them (even Mario has to earn his perfect scores, but Zelda almost seemed to be handed them by name alone). Twilight Princess and Skyward Sword were definitely great games in their own right, but they weren’t the masterpieces they were made out to be upon release, and had more than a few flaws (the fact that most reviewers seemed to acknowledge this months after their release may be their admittance that they jumped the gun).

But Breath of the Wild is a different story. I’ve probably put over thirty hours into it by this point, and have continuously been surprised and delighted. It’s the best game I’ve played since Portal 2 six years ago, and the best Nintendo title since Super Mario Galaxy 2 a year prior. This is a game that lives up to the hype.

I think I can sum up my enjoyment of the game by pointing out that, despite the aforementioned 30 hours of play time, I have yet to play the first storyline dungeon. I’ve just had too much fun exploring the world, discovering new lands, climbing mountains, and building up my strength by collecting the Spirit Orbs from besting the game’s many mini-dungeons known as Shrines (which, fittingly enough, often feel like challenges inspired by Portal 2).

I should also point out that I’ve actively avoided looking up guides for the game, as Breath of the Wild’s sense of discovery is one of its greatest assets. I’ve come across giant creatures both evil and benign, found mysterious secrets and Easter eggs, and stumbled upon unexpected lands, all without the game ever losing its sense of wonder even after all these hours spent in Hyrule.

How rare it is for a game to keep me this satisfied and to consistently reward my curiosity. Breath of the Wild is filled with so many little details, and is just so fun to play, that it outs Wind Waker as my favorite 3D Zelda entry, and as blasphemous as this may sound, may even better A Link to the Past as my favorite entry in the entire series (though I will have to play ALttP again to make a final judgement call on that). Granted, I still have to experience more of the story, but so far, the sheer amount of fun I’ve had simply wandering around the place like an idiot is a testament to much there is to the game. Hopefully the story dungeons and segments will prove just as satisfying, but the fact that I’ve been doing so much in the game while simultaneously doing so little is what makes Breath of the Wild so great.

“The Legend of Snowboard Kids.”

I’ll reserve my final say-sos when I write my full review, but I think it’s safe to say that Breath if the Wild is an absolute winner.

That’s it for this edition of TWW! What did you think? Do you agree with my feelings towards Breath of the Wild, or do you – for God knows what reason – actually miss Fi from Skyward Sword? Be sure to let me know in the comments, and check out my site WizardDojo.com for more opinions and reviews on video games and movies.