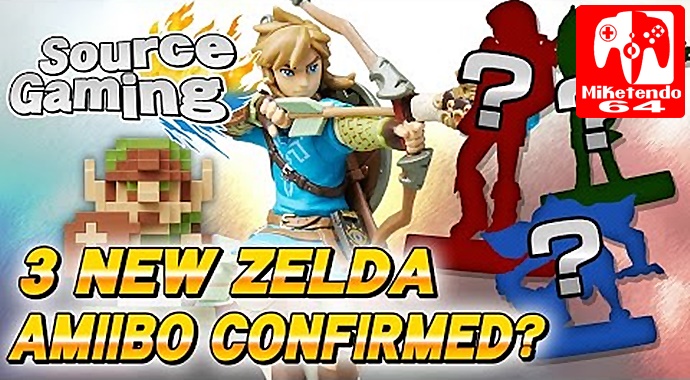 Source Gaming have uploaded a video stating that 3 more potential amiibo could be coming due to their listing inside a datafile for Zelda: Breath Of The Wild. The three amiibo are titled: Link_Majora, Link_Twilight & Link_Skyward.  You can see them in the list below which comes from Reddit.

Like we said, Source Gaming covered it in their latest video which you can see here.

I would find these a welcoming addition to my ever growing collection of Zelda amiibo as it could bring new variants of link from different parts of the series. What will be interesting to see is how the Twilight Princess Link will look as we already a version of him (with his yellow stand) in the Smash Bros amiibo series. I guess only time will tell.

Please let us know your views and opinions in the comments below.


Categorised in: Amiibo, Announcement, Breath of the Wild, News, Nintendo, Nintendo Switch, The Legend Of Zelda, Wii U