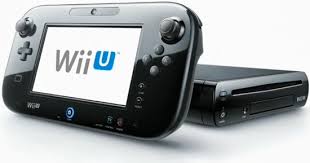 Welcome back to the Weekly Wizard, the segment of Miketendo64 brought to you by the mustache-twirling, old-timey villain behind WizardDojo, where I look at the current goings-on with Nintendo, or take a retrospective look at their past.

Oh, Wii U. You never had a fair chance. The dust has settled, a new era for Nintendo is about to begin with the Switch, and the Wii U is taking its final bow. Sadly, it will go down as Nintendo’s least successful mainline console. It even sold considerably less than the GameCube, a console that had to compete with the Playstation 2!

In short, the Wii U is seen as a failure for Nintendo. But in truth, it was a great console in its own right (between you and me, I’d say it kicks the Nintendo 64’s backside a few times over). Certainly a flawed console, but much, much better than it gets credit for. As excited as I am for the Nintendo Switch, its launch can’t help but be a little bittersweet when I think about how the Wii U is being quickly forgotten.

Where did the Wii U go wrong, and what did it do right? As the console that’s quickly usurping the Dreamcast and Sega Saturn for the title of most underrated console ever comes to a close, let’s take a look at its shaky history. Let’s start with the bad first.

Perhaps the biggest reason why the Wii U failed was due to a failure of communication between Nintendo and consumers. The original Wii was a massive success, there’s no denying that. And perhaps Nintendo got a little overconfident due to the Wii’s success, because with the Wii U, the Big N was incredibly vague when it came to the finer details of the console, simply thinking that yet another new controller method would lead to a repeat of the Wii’s success.

Nintendo could have solved this problem by simply emphasizing the newness of the console itself. Instead, the game’s marketing ahead of launch (and for the first year afterwards) focused way too much on the Gamepad controller. Nintendo was so proud of the Gamepad, that they put all the focus on marketing on it, when they should have made it clearer that this was a brand-new system, and not just a new controller. I even remember an episode of the Tonight Show with Jimmy Fallon in which they showed off the Wii U during E3, and Jimmy Fallon infamously stated that “you plug it into your Wii.” (I can’t blame good ol’ Jimmy, he was just saying what was evident before the reveal, but it should have been a red light for Nintendo that they might have needed to change their marketing strategy).

The Gamepad itself, while innovative, was also far more underutilized that the motion-based gameplay of its predecessor. None of the Wii U’s launch games put up much of a compelling argument in its favor, and only a handful of games ended up doing just that. Super Mario Maker would prove how useful the gamepad could be for something like a level-editor, but it was released in 2015. If something like Super Mario Maker had been released sooner, it may have opened a few more eyes to the possibilities the gamepad brought to the table.

This of course brings us to another issue that no doubt held the console back due to miscommunication: The name.

Given how successful the Wii was, it only makes sense that Nintendo would want to continue the Wii name with its successor. One reason Sony’s consoles are so quick to fly off shelves is that the name tells you exactly what it is. Playstation 2, Playstation 3, Playstation 4. It’s not exactly creative, but it does immediately tell you that’s it’s something new that continues a beloved brand.

Nintendo probably should have went a similar route, either calling their (then) new system the Wii 2, or at the very least something along the lines of the Super Wii (as silly as that sounds). Instead, they went with Wii U. But what does that mean? What is the “U” for? What does it say? I don’t know. Do you?

Now, I’m not saying calling it the Wii 2 would have given it the same success as the original Wii, but it probably would have helped the early sales of the system.

The other two big downers of the Wii U were a weak launch and the infamous lack of third-party support. The launch wasn’t exactly completely empty, with Nintendo Land and New Super Mario Bros. U bringing a fair bit of fun to the table, but neither title was anything particularly special. And the sad thing is, most of the other games released during the first few months of the console weren’t very memorable, and it wasn’t until Pikmin 3 was released that the console finally started seeing a stronger flow of quality titles.

The lack of third-party support was something that started early, however, and never really picked up. Sure, you could say that most of Nintendo’s consoles don’t have the best third-party support, but again, this was coupled with a very quiet first few months on Nintendo’s part. And with the 3DS taking up a lot of Nintendo’s time, that meant that there were notable gaps in big releases from Nintendo on the Wii U, and with little third-party efforts to fill those gaps, there were some unfortunate dry spells for the Wii U. And it goes without saying that games sell game consoles.

So, there were some obvious mistakes made in regards to the Wii U, which hopefully were prominent enough that Nintendo knows how to avoid repeating them with the Switch (the fact that the new console combines Nintendo’s console and handheld divisions is a good sign that they won’t be so spread out this time, which is a good sign). But there was also a lot to love about the Wii U as well. Namely, it boasted some of the best Nintendo games ever.

Again, Pikmin 3 was where the quality really picked up. It brought the fun of the Pikmin series, while finding a good balance between the strategic elements of the original Pikmin title and the action of the second entry. Shortly thereafter was the release of Super Mario 3D World which, although maybe closer to the 2D Mario games than the 3D entries that came before it, was one of the most polished and fun entries in the illustrious series.

Though Breath of the Wild’s move to the Switch means the Wii U is the only Nintendo home console not to have its own exclusive Zelda, it did boast the definitive versions of two classic Zelda titles. The Wind Waker and Twilight Princess were given new life with an HD makeover (which may have turned Wind Waker into the most beautiful game ever), and the Gamepad was put to fantastic use with them, as it streamlined the map and item organization of the series to make them more fun.

I think it’s safe to say that 2014 was the Wii U’s best year, however. That was a year when the system really just kicked all kinds of ass. My favorite Wii U game, Donkey Kong Country: Tropical Freeze, was released that February, quickly followed by Mario Kart 8, which stands as the most finely-tuned Mario Kart yet. That year also saw Super Smash Bros. for Wii U, which I can safely say is the most polished entry in the series, as well as Bayonetta 2, which brought a whole new flavor to Nintendo consoles. Not to mention the simple-yet-engaging Captain Toad: Treasure Tracker.

Once again, 2015 saw the release of Super Mario Maker, which is the best level-editing game I’ve played, and a brand-new Nintendo IP in Splatoon.

On top of all of these, the Wii U also saw some great indie games with the likes of Shovel Knight and Freedom Planet, as well as many others that were released on the Eshop over the years.

The Wii U also had some fun additions like Miiverse, which helped make the Wii U something of its own little social network (though we could have done without the less-desirable fanart).

So the Wii U was an imperfect console, but it did have a good share of amazing games, and it was a fun, unique little gaming machine. It’s time in the sun is good and done, and Nintendo is ready to enter a new era – one that will hopefully bring them better fortunes – but no doubt the Wii U was also much better than its lackluster sales suggested.

You could say the Wii U was a gamble for Nintendo that didn’t exactly payoff. But in a few instances, it could feel like winning the jackpot for us gamers.

That’s all for this issue of The Weekly Wizard! What did you think? Do you agree that the Wii U was underrated but flawed? Or was it all flaw? Feel free to let me know in the comments, and be sure to check out my site, WizardDojo.com for more nonsense from me, including reviews for games and animated films, and some other stuff too, maybe!