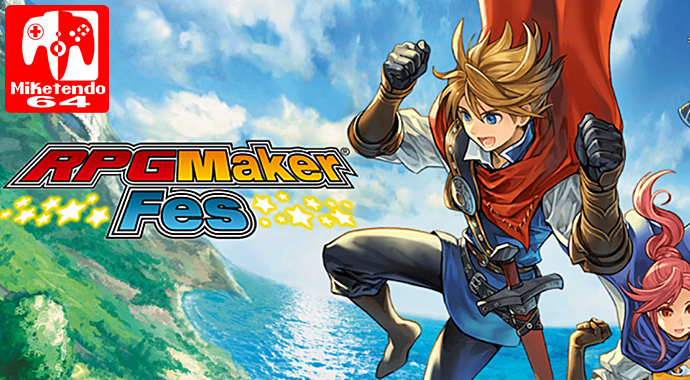 Also happening during the Annual NIS America Press Event, was the official announcement that RPG Maker Fes is in fact coming to the West for the 3DS and will see a Summer release.

This announcement probably would have left more of an impression had the news of its localisation not been previously leaked last month, but it’s still news to get excited about, especially since there will be a Limited Edition version of the game, which consists of a Collector’s Box, a 36 page long softcover are book and a one-disc original soundtrack and all of this will only cost you $49.99 US dollars.

But since that’s not all, here’s a photo of the Limited Edition on RPG Maker Fes, the fact sheet, box art and official trailer:

If this is not enough to make you want to purchase the game right now, there’s still plenty of months between now and its release for you to change your minds.