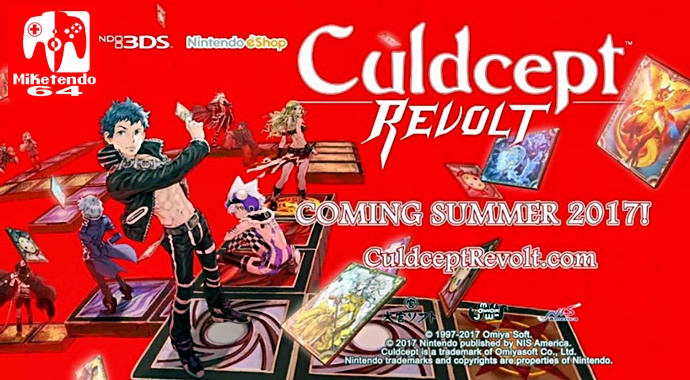 Also during Annual NIS America Press Event, another “new game” was announced for a Western release on the 3DS (which we said weeks in advance) and that game is Culdcept Revolt!

Just like RPG Maker Fes, Culdcept Revolt will also see a Summer release, but why is this big news? Purely because of the fact that there were fears this game was never going to get a Western release for North American and European audiences, but lo and behold it is and just like with RPG Maker Fes, here’s the fact sheet, box art and official trailer:

And in case you’re wondering, now is a good time to get excited!