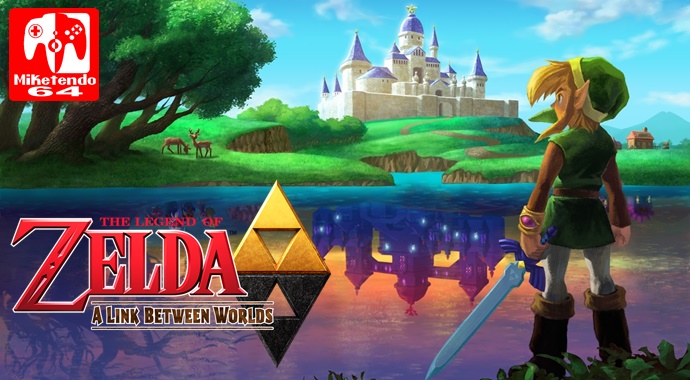 (Interview) 2D Zelda on Switch Could Happen! (But Let’s not Get our Hopes Up)

Coming straight from a Game Informer interview Aonuma, the Zelda series Producer has admitted a 2D Zelda for the Nintendo Switch could happen.

Now before I even dare to voice my opinions on this, let’s go over what was said first:

“The dev pace is not really dependent on how many people are on a team, so combining them would not necessarily expedite the development pace. The 3DS team and the Wii U team have different approaches to game development, so I don’t necessarily want to combine them and have them think together, but rather have each think about what they can bring to Nintendo Switch from their own perspective.”

“The handheld development team will not be phased out because of Nintendo Switch. Switch will allow the users to bring their home console on the go, but this doesn’t mean handheld game development like Nintendo 3DS will be discontinued.”

Aonuma on 2D Zelda on Switch:

“Yes, there is definitely a possibility.”

“There are definitely good things about the 2D world and the playstyles of the 2D world. There are a lot of fans who enjoy that style. This Nintendo Switch style, which is the evolved style of gameplay is not necessarily… I want you to think of it more as an evolved style of 2D style. For the 3DS team, I am trying to make them think in a more evolved 2D-style approach.”

And now onto the personal opinion. Since we know for a fact that there are typically 2-4 Zelda games in development at one time, it is more than likely Nintendo could release a 2D game on the Switch, since the game itself could be playable on both Switch and 3DS, but the 3DS version offers a more HD 2D experience. Also Nintendo are constantly saying they want to change the conventions as far as Zelda goes and what better way to do that then to bring out a Zelda game playable on both home and handheld platforms in the same year?

Not only would it be a first for the series, but let’s say Nintendo do have four games, one would be Breath of the Wild. One would be a HD remaster (Skyward Sword for Switch.) One would be a new handheld game, with another handheld game planned for Nintendo’s next handheld platform, which leaves the fourth game to be either another remaster, or a game that is totally different and comes to both consoles. But it’s Nintendo, they’ll bring out whatever game they want, when they want, but since there are rumours of a Zelda game being revealed after Breath of the Wild releases and to be shown at E3, maybe we’ll get a good look at this evolved 2D Zelda game then.

But just because Aonuma has said it is a possibility, it doesn’t mean it will happen. Just like the multiplayer Breath of the Wild styled Zelda game Aonuma has expressed a desire in developing. Only time will tell.


Categorised in: Breath of the Wild, Interview, Nintendo Switch, The Legend Of Zelda