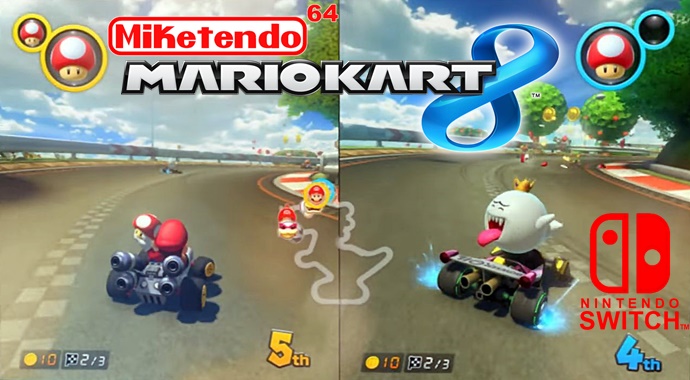 Emily Rogers: “One Of The Previous Wii U Ports For Switch Is Not A Port, Mario Kart Is A Port Though

Investigative Sleuth Emily Rogers has updated her previous statements as regards to Wii U Ports to the Nintendo Switch as newer and clearer information has been divulged to her by her sources.

She has taken to her twitter account to declare that one of her previous statements about a Wii U Port to Switch is not a port but that Mario Kart still is. Mario Kart is to also have 16 extra tracks, more characters (8 are reported but even Rogers has said the numbers could be wrong) and a better battle mode. I guess you could refer to the port as a 1.5 version has it will have extra features that were not present in the Wii U Title.

There is also the possibility that the other previously rumoured Wii U Port may now instead become a fully fledged sequel but there is no confirmed evidence as of yet. You can check out some of the tweets from Emily Rogers Below.