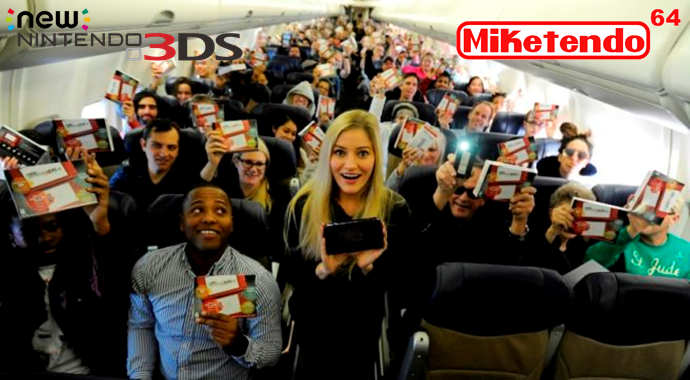 Southwest Airlines have uploaded a video to their Twitter account of their Nintendo Takeover 3DS Giveaway in which Nintendo gave out Nintendo New 3DS’s XL along with a digital copy of Super Mario Maker 3DS to every passenger on flight 2482 as soon as the plane was in the air. You can check out the video below.

Surprise an entire flight with the New Nintendo 3DS? Yes! We joined @NintendoAmerica & @iJustine for one unforgettable trip: pic.twitter.com/FIJUMIv1v0


Categorised in: 3DS, Announcement, News, Nintendo, The Legend Of Zelda