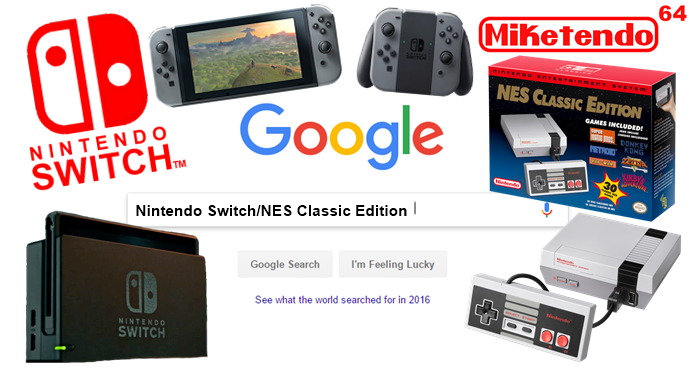 Beating off the likes of the PS4 or Playstation VR, The Nintendo Switch which was only named October of this year and the NES Classic Edition in the Summer, have been the most searched for Videogames consoles on Google with the swtich coming in first and the NES Mini in second.

The actual list was based on Consumer electronics which can be seen below which is mainly made up of smartphones, and most of them are iPhones, but videogame console wise, the Switch and NES Mini reign supreme over the Titans that are Sony by being the most searched for terms for the videogame market. Looks like Nintendo are are on their way back up, fingers crossed that 2017 will be their year to get back into the arms race of Gaming consoles.

Here is the full list of consumer electronics below: