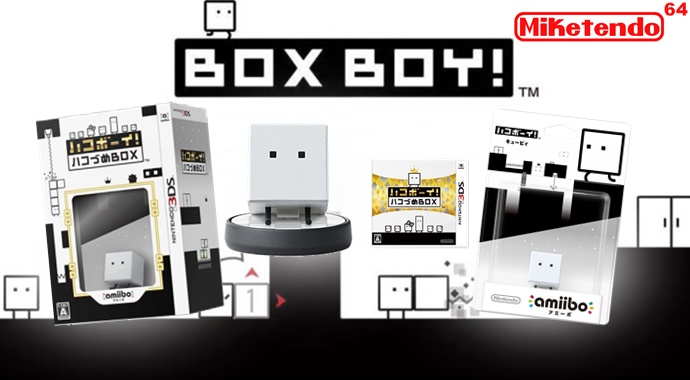 A new BoxBoy game is in the works for Nintendo 3DS and will release in Japan on February 2nd next year for 680 Yen. That’s not all, as there will be an exclusive bundle which comes with a Qbby amiibo which will unlock secrets within the new game. The bundle includes all three BoxBoy! Titles and the Official Soundtrack which comes with 34 music pieces from the game. The bundle is said to cost around 3,456 Yen. There is no mention as of yet if and when Goodbye! BoxBoy! will be coming to the west or if the amiibo will come with it.