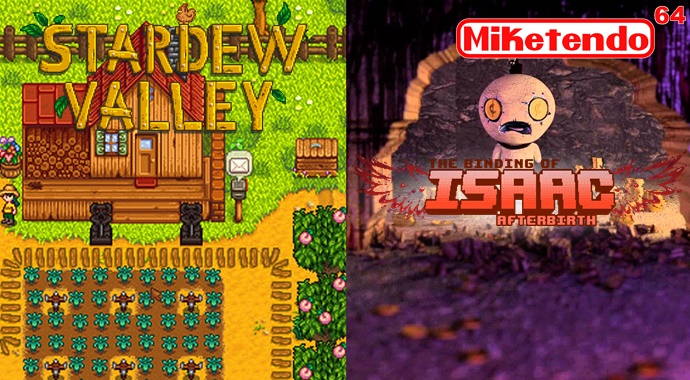 In an unsurprising turn of events, Developers ConcernedApe and Nicalis have pulled out for developing Stardew Valley and the upcoming DLC for The Binding of Isaac: Afterbirth.

This is what ConcernedApe had to say on the matter:

“Stardew Valley will not be coming to the Wii U, however. Looking at Wii U and the current gaming landscape, we made the difficult choice to shift our development efforts to creating a version for Nintendo Switch. I am really looking forward to the Switch, and I believe that the Switch’s unique capabilities could create some exciting opportunities for Stardew Valley. I do want to emphasize that I am absolutely committed to seeing Stardew Valley on Nintendo platforms, and I really do appreciate your support and understanding in this.”

It is understandable, With Nintendo confiming that they are pulling the plug on further Wii U software development and discontinuing Hardware distribution, indie developers has little choice but to follow suit.

However, as regards to the DLC, Binding Of Isaac: Afterbirth+ not coming to Wii U, it does seem a little odd but then again it’s not the first time a 3rd party game didn’t receive DLC on the Wii U, Ubisoft did the same with Assassin’s Creed IV: Black flag. It will be interesting to see if Nicalis release the game along with the DLC or whether it will have to be downloaded separately, only time will tell.