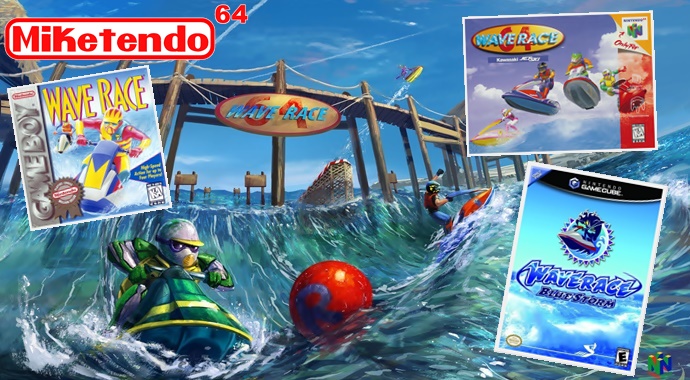 Wave Race Has Been Trademarked In Europe By Nintendo, Pontential Switch Title?

Just yesterday, Nintendo has filed a trademark for “Wave Race” in Europe. For those of you that are not familiar with Wave Race, it is a four-player racing game that involves Jet Skis. Yes I did say Jet Skis, as Nintendo got the rights to use the trademark name from Kawasaki and by endorsing their Personal Watercrafts in the game. It is not known whether Nintendo is planning to bring back the franchise with the possibility of releasing it on the Switch as we already know Nintendo are no longer developing new games for the Wii U. There is also a chance that they are just trying to protect their IP’s by trademarking the title so no-one else can lay claim to it.

Wave Race originally released on the Gameboy in 1992 before entering the world of 3D in 1996 on the Nintendo64 as Wave Race 64. Wave Race 64 was the Racing game to end all racing games and was critically acclaimed especially for its Water Movement mechanics were were extremely difficult to muster at the time. The sequel, Wave Race: Blue Storm released in 2001 as a launch title for the Nintendo GameCube. It was quite well received but fans of the N64 version felt a bit let down due to it’s high similarities to Wave Race 64, notably the reuse of previous courses and it felt too familiar.