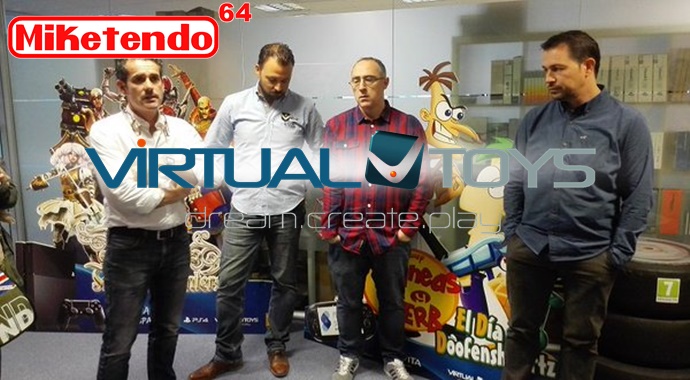 Spanish Game Development Studio Virtual Toys have announced that they are entering the first stages of Bankrupcy. After announcing an Employment Regulation (ERE) last July which made 50 workers lose their jobs. It is rumoured that their latest game Pirates: Treasure Hunters for the PS4 & PC is the possible cause of the companies decline due to it’s poor reception by the public and is not helped by the heavy investment made by the company which they have yet to see a profitable return.

The studio was founded in 1995 by Fabriciano ‘Fani’ Bayo and currently has offices in San Sebastián de los Reyes (Madrid) and Barcelona. The studio was behind a few projects which saw release on the first Nintendo DS and Wii systems, most notably was their Imagine Series and Horsez which were published by UBISOFT. Another known title of theirs was Spaceball Revolution which was downloadable as a DS Ware and Wiiware title for their respective platforms.

It is a great shame to see the rise and fall of Videogame companies, especially when they have dedicated their time and effort for the enjoyment of others, only to have what they have built up to be ripped away from them. The Videogame Market is a tricky business and us gamers can surely be a tricky lot to please all the time.

Special Thanks To Adrian Vega of Ratalaika Games for the tip!