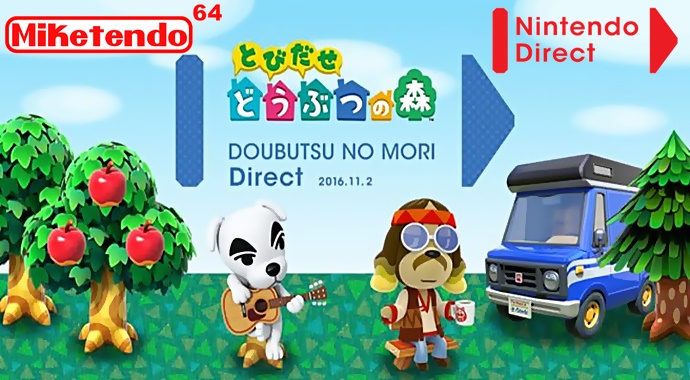 Ever since the last Nintendo Direct, we knew that there will be a special “Animal Crossing Direct” airing on November 2nd but not at what time we could expect to watch the Direct. Nintendo have now announced the time that it will be aired in each region as followed:

This Animal Crossing Direct will focus on the New Leaf update which adds amiibo compatibility to the game which is good to see that Nintendo are still supporting some of their older games. The Japanese version of the direct is supposedly going to reveal information about Miitopia, a game that was teased during the last Nintendo Direct. This Direct is sorely focused on Animal Crossing: New Leaf (and a little Miitopia in the Japanese version) so don’t expect any news of Animal Crossing on Mobile or Nintendo Switch details to be revealed. A Nintendo have stated that there will be no more information or specifications will be released until January next year.