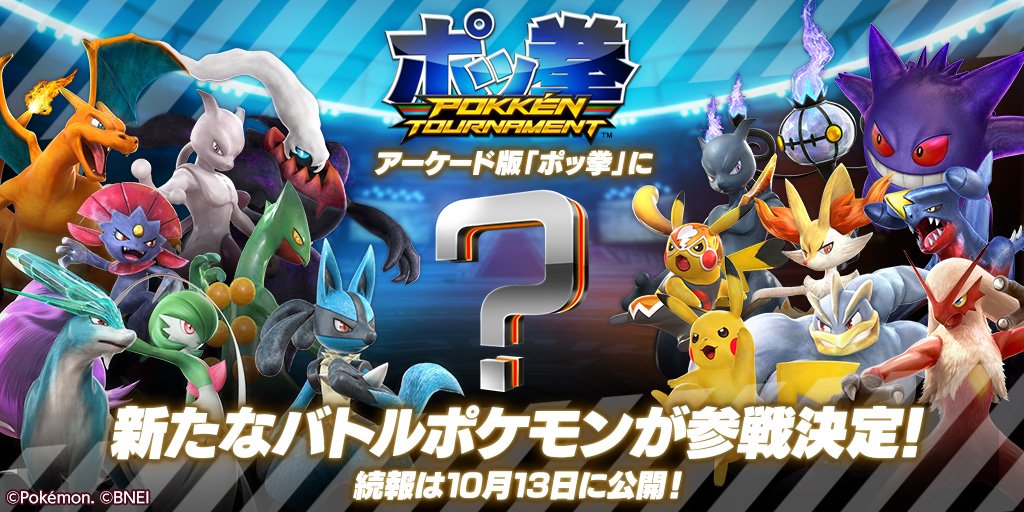 A New Fighter To Be Announced For Pokken Tournament (Arcade Version) On October 13th!

It seems that the arcade version of Pokken Tournament will be getting another new fighter to add to it’s ranks. There is no mention of who the fighter will be or if they will be coming to the Wii U version along with Darkrai even though data files from the latest update on Pokken Tournament for Wii U do pertain information on Darkrai. All we know for sure is that the reveal date for the fighter announcement is October 13th as stated by Bandai Namco On their official Pokken Tournament Twitter Page.