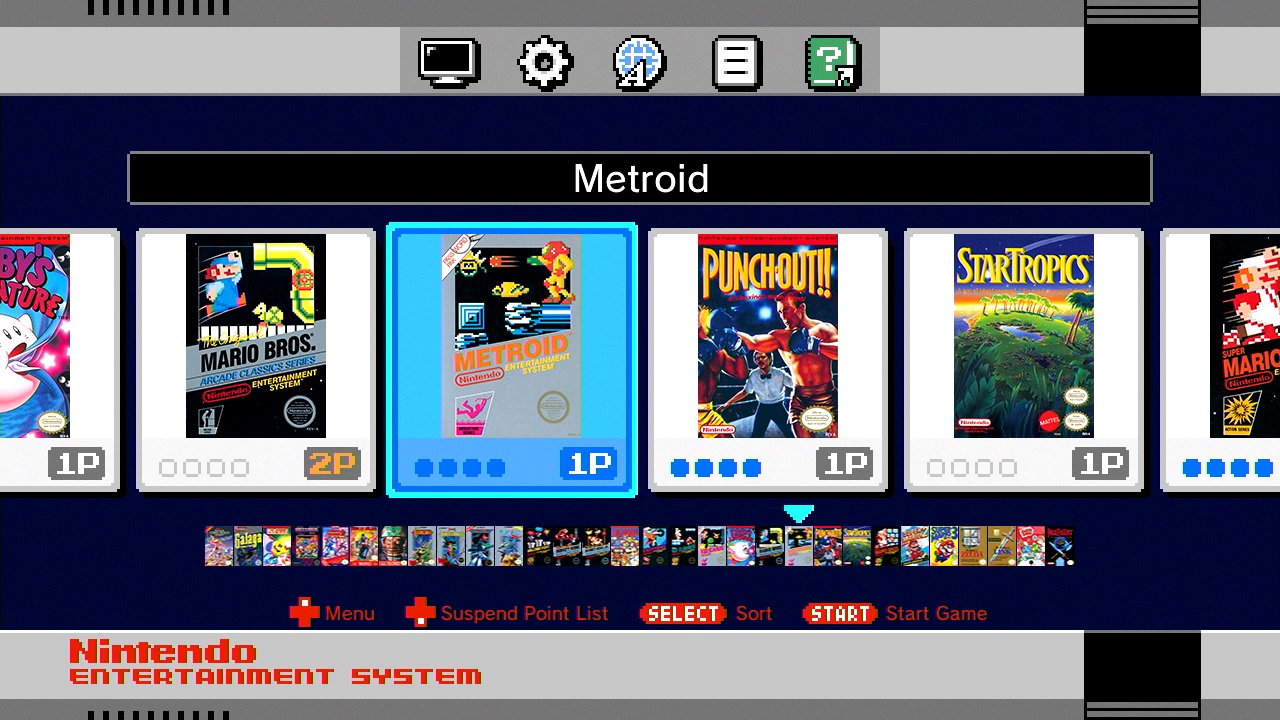 A Press Release from Nintendo America have confirmed a lot of the details about the NES Classic Mini that have been spread across the internet which include different visual modes like CRT, 4:3 and Pixel Perfect. Suspension points have also been included which will allow players to create up to 4 different save points on each game so they can load up another game and play and can still come back and play from where they left off. Here is a trailer showing these features in action along with the official Press release below.

“REDMOND, Wash., Sept. 30, 2016 – The Nintendo Entertainment System: NES Classic Edition console, anticipated to be one of the hottest gifts this holiday season, launches on Nov. 11 at a suggested retail price of only $59.99. The system includes 30 classic NES games like Super Mario Bros. 3, Metroid and The Legend of Zelda, plus a replica of the original NES controller that can also be used with NES Virtual Console games on the Wii or Wii U systems. And the games look sharper than ever using the included HDMI cable.

Maybe you’ve heard some of that before, but did you also know the system can be played in three different display modes? Or that games can be saved at any time using Suspend Points? Or how about the fact that all of the games’ original manuals can be viewed by scanning an on-screen QR Code with a smart device? Well, now you know! As the 1980s would say: “Tubular!”

“Be the cool dad, mom, aunt, uncle or best friend by gifting someone this holiday season with the Nintendo Entertainment System: NES Classic Edition,” said Doug Bowser, Nintendo of America’s Senior Vice President of Sales and Marketing. “This perfectly sized stocking stuffer could produce the same level of excitement that people felt over 30 years ago when they received the original NES as kids.”

Whether you have fond NES memories or want to introduce yourself and your kids to the video games that made Nintendo a household name, you’ll love the compact and attractive console. The hub of the NES Classic Edition is the HOME Menu, which can be used to access all 30 of the classic NES games. From here, you can adjust various settings or just dive into a game and start playing. To help locate games quickly and easily, you can press the Select button to sort by title, two-player games, recently played games, number of times played, release date and publisher.

To make sure every Goomba stomp looks as authentic as possible, all games can be played in three display modes. With the CRT filter, a scan-line effect is added to the screen to give everything that oh-so-retro look and feel. 4:3 is a sharp, clean look that adheres to the original aspect ratio used by the NES. And when playing in Pixel Perfect mode, every pixel is shown as a perfect square, providing the most accurate representation of the games as they were originally designed.

Retro gaming is defined in part by the search for save spots and the need to enter long passwords, but in practice, those tasks can definitely be a little … um … time consuming. While all aspects of the original 30 NES games are intact, Suspend Points have been added to streamline the experience of playing them. At any point during gameplay, simply press the console’s Reset button to return to the HOME Menu and save a Suspend Point that will let you pick up right where you left off. Up to four Suspend Points can be saved per game, so you can track the progress of multiple players or file away your favorite moments. This is great news for parents, as their kids won’t be able to use the “I’ll be there when I get to the next save point!” excuse any more when dinner is ready.

In a nice touch of physical meets digital, each of the game’s original manuals can be viewed online, opening a window to the glory days of unboxing an NES game and leafing through its beautifully illustrated booklet. All you have to do now is scan a QR Code from the HOME Menu to pull up the entire manual on your smart device or access the provided website to view the manual in all its nostalgic glory on your computer.

Nintendo Entertainment System: NES Classic Edition is a little more than a month away! To learn more about the system while you wait for it to launch on Nov. 11 (and to view the list of all 30 playable NES games), visit http://www.nintendo.com/nes-classic.&#8221;