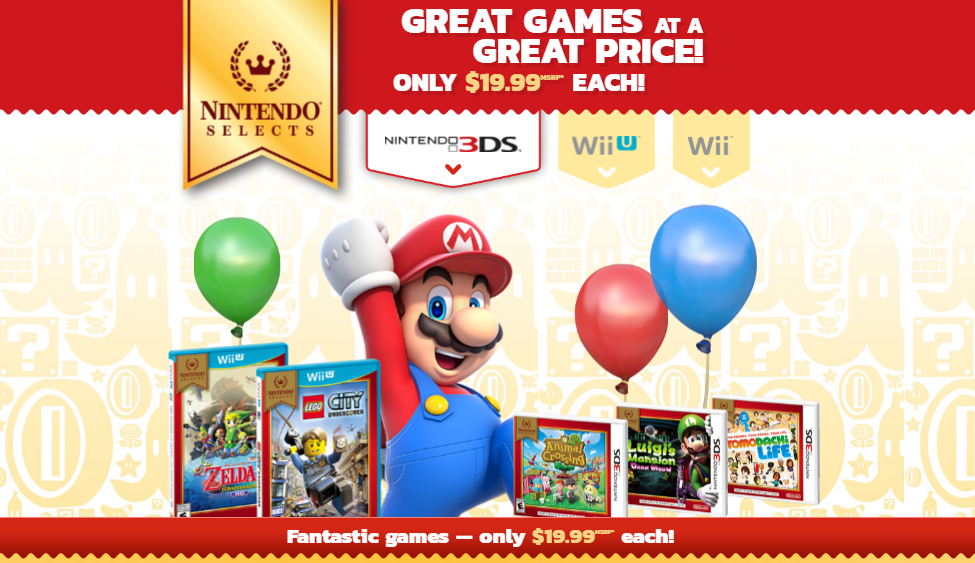 Good News to all you Nintendo Fans in North America looking to bag a bargain before the end of Summer. Nintendo has announced that there are adding more titles to their Nintendo Selects range from August 26th and they will also be dropping the price from $29.99 to $19.99. New Titles include:

That’s not all, as there is a New 3DS bundle coming August 26th as well, containing the handheld console, a pre-installed copy of Super Mario 3D Land, and two cover plates will be sold exclusively at Walmart and Target for only $149.99 which, is $50 less than the suggested retail price of any New 3DS bundle previously available.

Starting on September 9th several new amiibo bundles will also be launched and includes titles like Yoshi’s Woolly World, Mario Party 10 and Captain Toad. The new bundles are as follows: