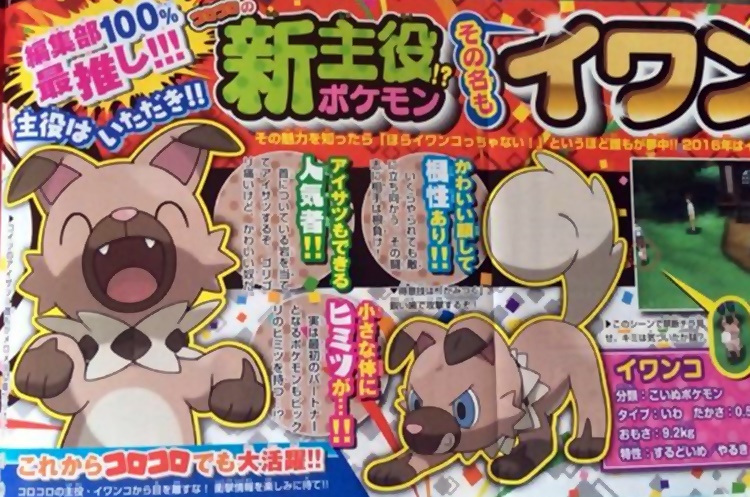 We have not finished with the August edition and there are already leaks on the details within the September edition of CoroCoro. These new leaks come with more new Pokémon including a pre-evolution for Bewear and a Sea Cucumber that can punch it´s opponents with it’s fist shaped organ that comes from it’s mouth. We have provide the images below in a slide show so you can view them for yourself (courtesy of PokéJungle.net).